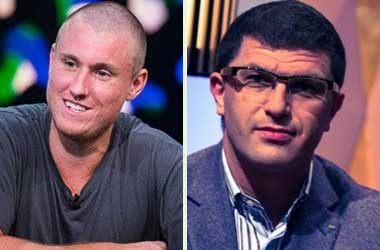 Fresh details have emerged regarding the lawsuit filed by Australian poker pro Matthew Kirk against the Czech casino owner and poker pro Leon Tsourkernik for failing to repay a loan of around $3 million.

Kirk’s lawyers have claimed that the loan was based on the understanding that the money would be repaid.

The dispute has its origins in a cash game being played by Tsoukernik at ARIA Resort & Casino which was funded by loans from Kirk.

In the latest revelation, court documents filed in Clark County Court were accessed by the Las Vegas Review-Journal and show a series of text messages that document the money exchange. Kirk documented the transfers via a few messages which Tsoukernik answered with an acknowledgement. However after the final transfer, Tsoukernik responded mere minutes later at 5:58 am refusing to accept the debt terming it invalid.

Kirk’s lawyers Richard Schonfeld and David Chesnoff pointed out Leon’s response indicated that he had never planned on returning the money in the first place. Tsoukernik paid $1 million towards his debt a week later after he won $1.8 million in the Aria’s Super High Roller Bowl tournament in response to Kirk’s demands, but refused to make any further payments. Prior to that Kirk had lost a poker game to Tsoukernik and had paid $1 million in casino chips.

Kirk’s lawyers have additionally stated that video recording of the transfer from the casino was also available to support their position. Tsoukernik owns the popular King’s Casino located in Czech Republic which has the biggest poker room in Europe.

Tsoukernik’s lawyer, Peter Bernhard, has asked the judge to dismiss the case stating that since there was no credit instrument available detailing the alleged loan, the debts were not considered valid under law and consequently there was no cause for administrative or civil action.

Kirk’s lawyers have however asserted the money given to Tsoukernik was in fact a loan and part of a business deal; it was not an outstanding gambling debt. According to a media report, this is not the first time that Tsourkernik has been involved in unpaid gambling debts. A couple of years ago Tsoukernik allegedly failed to repay a debt of around €3 million incurred during a private game of poker during the 2015 EPT Barcelona.