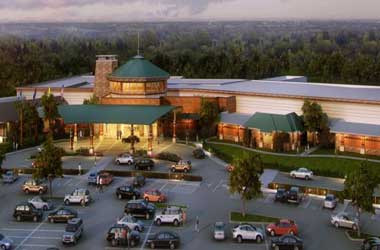 America witnessed a poker boom between 2003 and 2010 and casinos all over the country were investing in developing and expanding their poker rooms.

In recent years, the demand for land based poker games have fallen and a number of casinos across the country have been forced to shut down their poker rooms due to a lack of business.

Things are slowly turning around as land based poker is picking up in America. Poker pros in Indiana will have reason to celebrate as Four Winds Casinos which is owned by the Pokagon Band of Potawatomi Indians announced that they would be adding a new poker room to their Four Winds South Bend Casino in Indiana.

This new poker room will add to the casino’s usual repertoire of bingo-based slots and will give patrons more options when it comes to table games. Casino management have stated that the plan is to build a ten-table poker room in the corner of the casino. This will displace a few slot machines, but the potential revenue for a poker room is bigger.

Each table in this new poker room will accommodate nine players. A majority of the poker games at the tables will be No-Limit Texas Hold’em and Limit Omaha. All of them will have low buy-ins to enable as many poker players as possible to participate.

The Four Winds South Bend Casino has confirmed that it will not be adding any other card games like blackjack or roulette. This is because, under the Indian Gaming Regulatory Act, the casino is classified as a Class II Casino. This means that no games on the premises may be ‘against the house’. Poker is an exception because instead of the house, players are betting against each other, with casino only acting as a facilitator.

The casino decided to commission the addition of the poker room in response to the demand of its patrons.

Guests have absolutely been asking for poker since we first announced our opening. Now that we’re established, we are eager to begin construction on what will be a really exciting, well-rounded poker room. For fans of the game, it will offer something for everyone
Frank Freedman (Chief operating officer of Four Winds Casinos)

The construction of the poker room will begin next week and estimates put its completion around Labor Day.