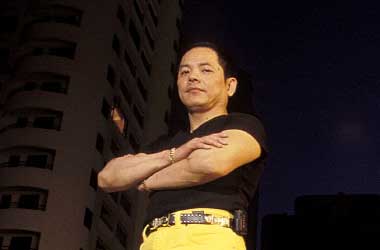 Has teamed up with an unknown firm from Beijing to promote his new cryptocurrency, which is named “HB”.

World Hung Mun Investment, Wan’s company recently announced that it had amassed a total of $750 million via an initial coin offering (ICO) in less than five minutes. Wan’s company plans to issue one billion tokens of HB – 500 million of which are to be made publicly available.

A substantial amount of this will to go to the prize pots of poker and chess tournaments in the southern holiday archipelago province of Hainan. A total of 450 million tokens of HB have been sold so far, spread across three events: one each in the Philippines, Cambodia, and Thailand.

According to report Wan launched the ICO in Cambodia with businessmen, celebrities, and senior officials from China and Hong Kong attending the event.

Despite initial doubts about Wan’s new cryptocurrency and its ties to the shadowy Beijing firm, other Chinese companies are still keen on getting involved with his vision. In early July, a Beijing internet company called Zhonggongxin Cosmos Internet Technology Limited came forward as World Hung Mun Investment’s most prominent business partner, as they agreed to collaborate with arranging the initial tournament in Hainan.

Other investors soon followed suit. The success of such a tournament would, one could speculate, generate ripples in the Chinese investment world and gaming world, allowing Wan’s cryptocurrency to gather more momentum and a larger flock of investors.

Zhoggongxin Cosmos is primarily an online poker and chess gaming service, but also hosts brick and mortar gaming halls. Interviews with staff members have revealed that the initial tournament may run for an entire year, opening with preliminary qualifying games in October. The projected total prizes, paid for by Word Hung Mun Investments and all signed-on partners, amount to more than ¥10 million CNY ($1.49 million USD).

Impact On The Poker World

Guo Jia, staff member of Zhoggongxin Cosmos, has speculated that the prizes may be paid half in cash and half in HB. Further details would be released later by Wan and partners in the weeks to come. While there is no law against this practice, many veterans of the gaming industry remain critical of it, as it is neither prohibited nor allowed by the law – an area of legal uncertainty.

Legal loopholes can be exploited, says Su Guojing, head of the China Lottery Industry Salon; since the cryptocurrency can be converted into fiat currency, turning gambling in China into a shadier version of itself, should HB be used as a prize token.

Additionally, concerns have been expressed about the technology behind HB. The cryptocurrency is traded on an exchange called a.top, separate from the well-known BTCC Exchange based in Hong Kong. Wan’s company had also neglected to disclose source code for the cryptocurrency, and insufficient information about the supporting technology was found in the investment documentation.