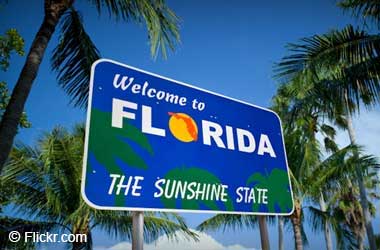 Jai alai and poker enthusiasts will soon have a new place to go to when they visit downtown Miami.

West Flagler Associates has confirmed that they have received approval from the state Division of Pari-Mutuel Wagering to build a facility that will allow for poker and jai alai to be played.

West Flagler has a good history of operating recreational facilities. They are the owners of the Magic City Casino and the Naples-Fort Myers Greyhound Racing & Poker site.

The issuance of this permit is also a big victory for West Flagler. They had recently sought a permit for another facility and won a court case that allowed them to get a second jai alai permit. The new jai alai site is just a sign of the sports' resurging popularity.

South Florida is experiencing a renaissance in jai alai as the sport is getting back the popularity it had back in the 80s. Magic City Casino is actually slowly phasing out its dog racing for more jai alai, while Kings Court Key is a new facility that already offers jai alai and poker for its visitors.

We've just been waiting for a year and a half for the state to decide what to do. We see it as just another entertainment offering in the Miami area.

The permit given to the West Flagler facility is called a ‘summer jai alai’ permit. This allows for gambling on jai alai games from May to November. Additionally, poker games can be hosted after the first jai alai game is played. On the off-season, the facility is slated to host improv performances and bands. West Flagler is planning a facility that will be able to host between 300 to 500 patrons along with a restaurant that provides food and drinks.

Both of the permits that West Flagler received have both been the focus of some legal difficulties. The summer permit that it received is thanks to the loophole that allows the lowest performing pari-mutuel facility in a Florida county to receive one. The second permit that it received is thanks to the successful argument it made that the one permit limit every two years should be regularly evaluated. The company is close to purchasing a 50,000 square foot facility to host another place for card games and jai alai.