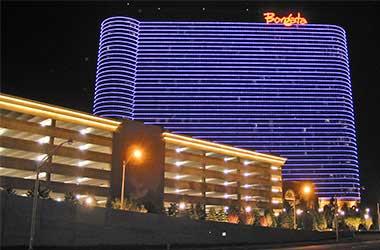 It has been a long time coming, however we can finally announce that the New Jersey Division of Gaming Enforcement have finally chosen who is to be the first recipient of their online gambling permits and they have chosen the Borgata Hotel Casino and Spa to be the pioneering site offering online gaming to their customers.

If you have not already heard Borgata has linked up with the Bwin-Party Group and will be offering a joint venture which allows customers to access and play online to anyone living or residing in the State of New Jersey.

This new online gaming site will be going through a test or as they have called it trial period which begins on the 21st of November 2013, and if all goes well then everyone of a legal age to gamble in the State will be able to utilize the site from November the 26th 2013.

It was the speed of their application and of course having ticked all of the right boxes in regards to their application process that saw Borgata Hotel and Casino being granted this gambling license and as there are quite a number of other gambling related companies also seeking such a license then we can expect more sites and companies to be named as being awarded one of these online licenses in the very near future.

It is going to be a case of wait and see in regards to whether the US online gaming market place is going to bring the benefits to land based venues offering online gaming sites that many people are hoping for. In Nevada the actual number of players taking to and playing at these newly licensed gaming sites has not been as spectacular as some people had hoped for, however it is of course early days, and as more and more people become aware of them they will more than likely give them a try!