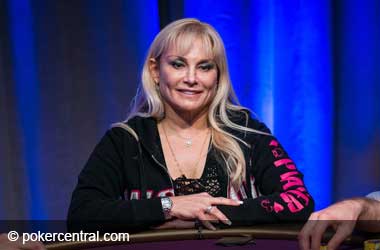 Lauren Roberts entered the record books earlier this year when she became the first female poker player to win an event at the 2019 US Poker Open.

Roberts does not consider herself a full time poker pro even though she has over $765,000 in total prize money. This is because she continues to hold down a full time job in the world of finance. However, she is eager to continue her good run in 2019 and see many more female poker players make a mark at a male dominated game.

During the last few years, poker operators have placed an emphasis on encouraging more female poker players to take up the game. Poker has always been a male dominated game and there are many reasons for the same. One of those reasons is because men have tended to intimidate women at the tables with their behaviour and remarks.

Poker operators have tried to make women feel more comfortable by organizing Ladies Only events which given female poker pros a safer environment at the table and also a more level playing field because they don’t have to compete against their experienced male counterparts.

Lauren Roberts isn’t afraid of being intimidated by male poker players at the table as she has proven that she has enough game to best them at the tables. Her twitter handle ‘PlayPokerLKAMan’ gives us a great idea into her mindset about competing and handling male poker pros at the table.

This was on display in 2017 when Roberts was the only female poker player to take part in the $300,000 Super High Bowl. While she did not cashout in this event, she showed that she has the confidence to play against male high rollers and made friends with a number of them.

Her advice to aspiring female poker players is to not be intimidated by men or failure. Female poker players must be confident enough to fail and pick themselves up to try again. She cautions amateur players about jumping into full time poker as the road isn’t as glamorous as some make it out to be.

One of the biggest challenges is being focused all the time and not getting distracted by your phone or what is happening away from the table. Roberts has confirmed that she will play at the 2019 World Series of Poker and will be looking to add to her growing bankroll.