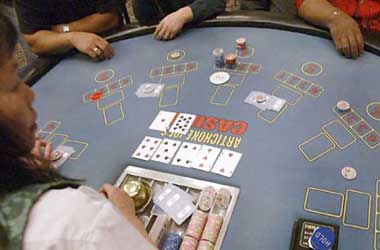 The US Treasury’s Financial Crimes Enforcement Network (FinCEN) published an advisory last week levying an $8 million civil money penalty against one of the largest poker rooms in the state of California. FINCEN imposed the large fine on Artichoke Joe’s Casinos (AJC) due to money laundering activities.

According to the advisory, Artichoke Joe’s was fined after investigations showed that the poker room knowingly violated a number of anti-money laundering (AML) laws over the years. Investigations found that AJC have been breaking AML laws since October 2009 and have been getting away with it for the past eight years.

In compliance with the Bank Secrecy Act of 1970, businesses such as Artichoke Joe’s should have created and implemented their own AML programs.

But FinCEN found that the poker room had purposely failed to detect and report many suspicious activities and transactions happening on their casino floor.

Jamal El-Hindi, Acting Director of FinCEN said that among the various suspicious activities that AJC has turned a blind eye to in the past years were unregulated transfers of high-value gaming chips and criminal money laundering activities happening in plain sight.

In a statement, El-Hindi said,

Casinos, card clubs and others in the gaming industry should consider their risk of exploitation by criminal elements, and understand that they will be held accountable if they disregard anti-money laundering and illicit finance laws. This significant action highlights the need…to ensure they are not facilitating illicit activities

The huge $8 million-dollar fine is rooted to the fact that this is not the first time Artichoke Joe’s was called out for failing to report suspicious activity on their casino floor. In March 2011, AJC was included in the FinCEN raids of multiple Bay Area card clubs. Three Asian AJC employees were charged in connection with loan-sharking, while two AJC customers were convicted. The senior-level employees charged in connection with the case were proven to have known that criminal activity was being conducted using the club’s gaming chips and no Suspicious Activity Reports (SARs) were accomplished and filed to bring the illicit transactions to the authorities.

Following the raid in March 2011, Artichoke Joe’s Casinos has continued its negligence in implementing adequate internal controls to prevent customers from pooling or co-mingling bets with relative anonymity, obtain information from propositional players, and detect structured chip purchases and redemptions of a large amount of chips without corresponding gaming activity.

All in all, the fine assessment takes into consideration the size of the card club, the longevity and severity of Artichoke Joe’s crimes, AJC’s disregard for law compliance, and its laxness in letting criminal activities proliferate on its tables.