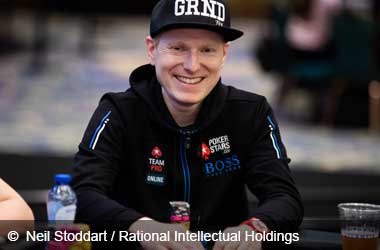 Zoom poker or “Fast-fold” poker has grown in popularity since it was first introduced to the online poker community several years ago.

However, there are still many poker players around the world who have not tried this poker variant as they have been content trying out regular cash games and other tournament offerings.

PokerStars Team Pro player Felix “xflixx” Schneiders has put together some great tips and advice to give poker players a better understanding of this poker variant. If you are looking for something new, you can check out Zoom poker and see if it is something you want to try.

Zoom Poker is PokerStars’ version of fast-fold poker and Schneiders has come up with a video series called “Introduction to Zoom Poker” in which he explains and demonstrates how the game works while at the same time offers strategy tips dedicated to the fast-fold format. Part 1 of the video series discusses in detail what every player should know about Zoom Poker so they can make their games more profitable.

To start, Schneiders recommends that players have at least $80 in their account. He explains the process of finding and selecting Zoom games, and plays through some hands to give players an idea of the game’s fast-paced format. The moment the player folds a hand, they are immediately whisked away to a different table where they are dealt a new hand.

The fast-fold format requires a slightly different approach than other regular cash games, which affects a player’s strategy. Zoom Poker has a “fast fold” button along with a number of other features which Schneiders also covers in the video tutorial.

Opponents will change with every hand, thus developing player-specific reads will be much harder. However, as Schnedier explains, one can still create labels and take notes to figure out opponent tendencies. The next video discusses initiative, position, and aggression to conquer the game. The full video series is available online at PokerStars School.

Who is Felix Schneiders?

A renowned poker coach from Germany, Schneiders is a frequent contributor of training videos to PokerStars’ online Poker School. He’s been playing at PokerStars since 2005, and has built a successful poker career over the years.

Schneiders is a training video-junkie and learned poker by watching and studying the game via video tutorials and poker forums. Now, the German pro is passing on his knowledge and skills to the rest of the poker world by creating his own training videos. Right now, he is working on improving his tournament skills while grinding online under the screen name “xflixx”.