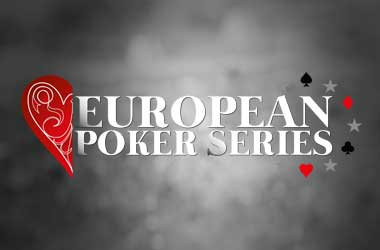 The European Poker Series (EPS) kicked off on April 25 at King’s Casino in Rozvadov, Czech Republic.

The poker tournament features a guaranteed prize pool of over €800,000. Players will also compete for five WSOP Europe €10,350 Main Event seats up for grabs during the series which runs from April 25 to May 6.

There are 16 events to choose from, spread across 12 days of poker action.

The action started with the EPS Warm Up No-Limit Hold’em event on April 25 with a buy-in of €150. It will run through April 28, featuring 50,000 in starting chips and six opening flights. Unlimited re-entries are allowed. The event has a guaranteed prize pool of €110,350.

The highlight of the poker festival is the €550 buy-in Main Event which will take place from May 1-6. It has five opening flights running from May 1-4. A massive chip stack of 100,000 will ignite the action, played in 40-minute levels. The event will allow late registration until Day 2 on May 5, during which players can re-enter multiple times.

At the end of the late registration period, blind levels will increase to 60 minutes and surviving players will battle it out for the lion’s share of the €441,400 in guarantees on the final day, May 6.

As usual, players will have plenty of chances to enter into events. Satellites with buy-ins starting from as low as €25 will run throughout the series, along with cash games with stakes beginning at €1/€3 no-limit hold’em as well as €2/€2 pot-limit Omaha.

Some of the players at this year’s EPS took part in freeroll qualifiers organized by poker app ‘Days of Poker‘. Between March 11 and April 21, players participated in four daily freeroll events, giving them the opportunity to join the EPS for free. Days of Poker gave away three packages, each worth €550. The package includes a 5-night stay for two during the festival, €240 to cover some expenses, as well as free food, wine and beer at designated times during the tournament.