EU Poker Players Have Till Oct 16th To Taste ‘The Festival in Bratislava’ October 12, 2022 Dusan Jovanovic 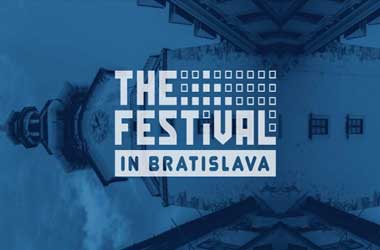 The second edition of “The Festival in Bratislava” is currently taking place and giving poker players in Europe an opportunity at some exciting action.

The series just got underway at Banco Casino on October 10, the same venue which recently played host to the hugely successful Winamax Poker Open (WPO) Bratislava. The schedule features a record-breaking €500,000-guaranteed Main Event, along with some exciting side events. The festival runs until October 16.

The Festival in Bratislava 2022

The Festival in Bratislava is not only limited to poker tournaments as the series also features multiple Cash Game Challenges as well as a Roulette Championship for fans of casino table games.

The festival culminates in the Main Event which costs €550 to enter and offers €500,000 in guarantees, the largest guarantee for any €550 buy-in tournament in Slovakian history. The Main Event has five starting flights which kicked off on October 11. Day 2 is scheduled for October 15, with the winner to be crowned on October 16.

Players can win their way into the tournament by taking part in the Franke’s Flip Flops competition where they only need to win flip challenges for a chance to enter the Main Event for free. The competition will also award tickets to other upcoming tournaments.

Player of the Festival

Apart from the regular prizes on offer at the series, players also get the chance to win the “Player of the Festival” title which will be awarded to the player who collects the highest points overall. Points will be awarded based on the buy-in, the number of entries, and the player’s finishing position. The winner will receive a €1,600 package for the next stop of The Festival Series, plus automatic €1,000 entry into the next Charity Event.