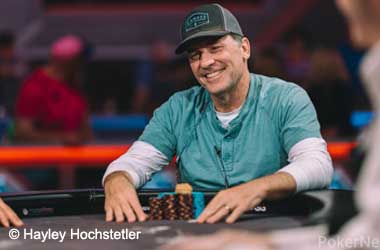 Eric Smidinger is not going to forget 2022 as one of his long time goals were fulfilled when he emerged victorious in Event #47: $1,000 Seniors Championship at the 20202 WSOP in Las Vegas.

The 58-year-old outlasted a record field of 7,188 entries and defeated Ben Sarnoff in a thrilling heads-up battle to become the last man standing in the tournament which draws some of the biggest crowds at the WSOP each year.

The huge turnout this year generated a massive $6.3 million in total prize pool which was shared by the top 1,099 finishers. The largest chunk of the prize, a cool $694,909, went to Smidinger after he pulled off a come-from-behind victory. That score was the biggest so far throughout his career, and more importantly, it gave him his first-ever gold bracelet.

Smidinger has been taking his chances at the world’s largest and most prestigious poker festival for three years now. While he did cash in multiple WSOP events in the past, clinching a title has always been his dream, and he finally achieved that this year.

The Colorado poker resident couldn’t hold back his tears during his post-win interview, as he dedicated his win to his family, especially his wife who has been very supportive of his passion for the game. He said the prize money will be a huge help for him and his family in realizing their goals, adding that his wife could now decide to retire early.

The tournament attracted some prominent names in the game, including the legendary Kathy Liebert who is among this year’s Poker Hall of Fame nominees. Liebert was the first to leave the final table, finishing 5th for $186,541.

Sarnoff dominated most of the action across five days, but Smidinger proved to be his toughest opponent. Sarnoff entered heads-up play with a 4:1 chip advantage but Smidinger managed to grab the lead just over an hour into the thrilling battle.

Smidinger pulled away after overcoming a huge bluff from Sarnoff and from there, he never looked back. Smidinger finished his opponent off with pocket eights against suited ace-king to claim the title and his maiden bracelet. Sarnoff took home $429,420 for his runner-up finish.