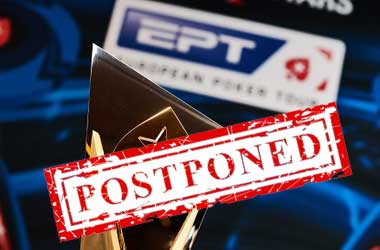 The 2021 European Poker Tour (EPT) Prague has been cancelled after the Czech Republic imposed new restrictions in light of the worsening COVID-19 situation in the country. The festival was originally scheduled to run from December 8-20 at King’s Resort at Hilton Prague.

Czech Republic has declared a 30-day national state of emergency which took effect on November 26, as positive cases continue to rise across the country. Under new measures, restaurants, bars, clubs, and casinos are now required to close at 10 pm, with the number of people at cultural, educational, and sporting events now limited to 1,000. Those attending public events are also required to present proof of vaccination.

Organizers were initially confident that the festival would go ahead as planned despite the latest measures, but after careful assessment of the situation, EPT Prague executives and their counterparts at King’s decided to drop the event this year. A refund will be issued to those who have already paid the buy-ins or won an EPT Prague package. Players may also be given the option to move their payments and packages to a future date in 2022.

Kings and EPT Prague have yet to decide on a new date for the event, but they’re confident it will return in 2022. This marks the second straight year that EPT Prague has been postponed due to the pandemic. EPT Prague was launched in 2007 and has since become one of the most popular EPT stops.

Among the main attractions of the festival are the €10,300 EPT High Roller, €1,100 EPT National and the €5,300 EPT Main Event which was last won by Mikalai Pobal. The Belarusian poker pro took down the tournament in 2019, making him the second player in history to become a two-time EPT champion. He outlasted a field of 1,154 entries and defeated Norbert Szecsi heads-up to secure the title and €1,005,600 in first-place prize.

COVID-19 Cases on the Rise in Czech Republic

On November 25, Czech Republic reported 27,717 new infections, the highest daily positive cases in the country since the pandemic began. As of November 27, the numbers have dropped to 20,315, but there are still a lot of people are being treated in hospitals, with admissions doubling over the past three weeks.