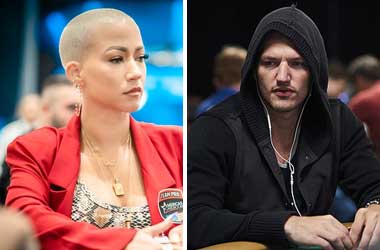 The long-standing issue of gender disparity in poker and why the game is struggling to attract more women has once again come to the fore after Ebony Kenney apparently walked out of her interview with Joe Ingram over an insult coming from the poker content creator’s YouTube moderator.

Insults Against Women Should not be Condoned

Kenney appeared on Joe Ingram’s Poker Life Podcast on Wednesday to talk about her impressive performance at the recently-concluded $200,000 Coin Rivet Invitation in Cyprus where she finished 5th for a career-best $1.7 million, a performance that narrowly missed a major poker record.

The conversation was going well until Ingram’s moderator made a “bitch” comment which was seen by Kenney on the YouTube live-feed chat box. The Americas Cardroom ambassador called it out, saying allowing such comments and merely downplaying them as an opinion is one of the main reasons why the poker environment has become toxic.

Defending his moderator, Ingram said he allows everyone in his community to say what they want to say. After a few more exchanges, and after realizing Ingram favors freedom of expression rather than filtering out toxic comments, an irritated Kenney, who is a well-known women in poker advocate, finally decided to end the interview.

She then took to Twitter to express her disappointment at what happened, questioning why women always have to answer for the behavior of men. She argued that “allowing members of the poker community to refer to women as ‘bitch'” only pushes female players further away from the game.

1. The idea that women have to answer for men at all times is a ridiculous double standard demanding women to do the emotional labor for the behavior of men.

Using the word bitch for women in a negative way in a male-dominated space only harms women. It perpetuates the negativity attached to the use of the word amongst an already extremely toxic chat environment.

Kenney’s tweet gained mixed reactions from the community, though most of the responses were in support of her. World Series of Poker (WSOP) commentator Norman Chad said Kenney’s points were reflective of realities and should be given attention. Poker pro Xuan Lu shares a similar opinion, saying it was just right that Kenney raised the issue.

Sorry the pod ended the way it did. Can understand why @Joeingram1 came to his mod's defense and while I have no idea the actual intention behind her referring to women as bitches you were completely in the right to bring attention to why it's problematic

American poker player Caitlin Comeskey also came to Kenney’s defense. But some also think it was ironic that Kenney suddenly became vocal about the issue when she chose to be silent on Phil Nagy and Dan Bilzerian’s inappropriate behavior against women.

I like you, and I think you are great overall for poker, but I think this is easily disproven. You are a social media influencer and were noticeably absent in the social media discussions around both Phil Nagy and Dan Bilzerian's inappropriate behavior.