Polk vs. Negreanu Heads-Up Grudge Match To Kick Off on November 1

Polk vs. Negreanu Heads-Up Grudge Match To Kick Off on November 1

It’s finally official! The highly-anticipated heads-up grudge match between two of the world’s best poker players will kick off on November 1. Daniel Negreanu finally gave in to Doug Polk‘s persistent goading on Twitter and recently confirmed a start date for the match.

As of now it is unknown as to which online platform will play host to the action but both players already agreed on some key details, including the format and structure of the game.

The match will involve two tables of $200-$400 heads-up no-limit hold’em, and the pair will ignite the action with 100 big blind stacks. The auto top-up option will be enabled the moment either of them drops below the threshold. Polk and Negreanu will battle it out across 25,000 hands. Halfway through the match, the losing player can decide to quit, but the pair may also up the stakes after 12,500 hands as they wish.

The pair will play at least two sessions per day, each lasting two hours. Both players have agreed that the match be streamed, with Kane Kalas doing the commentary work. However, Negreanu will not be showing his hole cards during the stream. Before the start of each session, both players will be subject to inspection to make sure they won’t be using prohibited tools such as an RTA solver.

The poker world now awaits confirmation on where the action will take place and if both players can decide on it within this month, their longstanding beef could finally be settled just in time for Christmas, and we will know who the better player is.

Polk and Negreanu’s latest social media clash happened back in July when the Canadian poker pro was banned from streaming on Twitch following a profane outburst directed at one of his viewers. The incident happened while he was streaming one of his games during the World Series of Poker (WSOP) Online Bracelet Series.

Polk, a staunch critic of Negreanu, then released a parody compilation of the Poker Hall of Famer’s tirades and later challenged him to a heads-up match. Negreanu was initially hesitant to accept it but eventually agreed, and since then the poker community has kept their eyes peeled for the latest updates on the match.

Polk admitted he was once a fan of Negreanu but said everything changed when he found out that the player he looked up was only after the money even at the expense of the common player. Negreanu claimed Polk’s hatred towards him started when he expressed disapproval of his “click bait” videos. 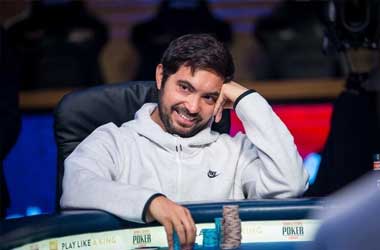 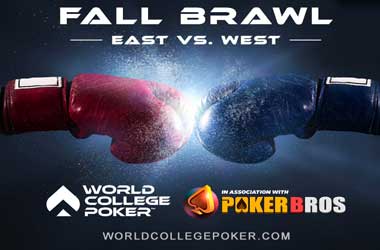