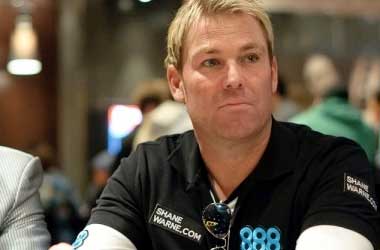 He was 52 and considered one of the greatest bowlers in cricket history.

Warne was also an avid poker player who formerly served as brand ambassador for 888poker.

News about Warne’s sudden and tragic passing was announced by his management team through a brief statement.

Did COVID-19 contribute To Warne’s Death?

Reports now suggest that COVID-19 could have played a role in the Aussie legend’s death. Warne contracted COVID-19 twice. The first time was when he was in the UK in August 2021 and the second time was a few months later. Stats show that individuals who tested positive for COVID-19 have a 72 percent increase in heart failure and a 63 percent increase of risk in suffering a heart attack.

Professor Jeremy Nicholson who is the Pro-Vice Chancellor for Health Sciences at Murdoch University said that if an individual has a heart condition and contracts COVID-19, their heart condition will be accelerated after testing positive.

While most people will remember Warne as a legendary cricket player, he was also a huge poker enthusiast. His passion for the game is on display on his website where a section dedicated to the game talks about his love for tournament poker, and him being a WSOP fan.

Warne’s Hendon Mob profile shows that he scored cashes in 18 tournaments, among them was a third-place finish in an A$10,200 High Stakes event at the 2010 Victorian Poker Championship where he shipped his biggest score of A$40,000 ($35,899).

A state memorial service will be held for Warne on March 30 at the Melbourne Cricket Ground. His celebrity friends such as Mick Jagger, Ed Sheeran, and Chris Martin could be in attendance.