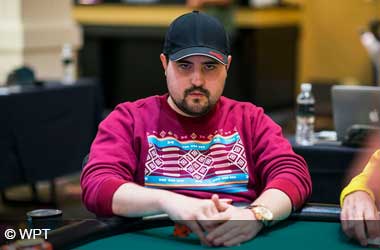 Poker pro Dennis Blieden recently pleaded guilty to the charges of one count of aggravated identity theft and one count of wire fraud after stealing more than $22 million from his former employers.

He admitted that he used these funds to bankroll his cryptocurrency and poker playing ventures.

The 30-year old Cincinnati resident faces serious jail time for his crime. The US Attorney’s Office for the Central District of California stated that Blieden’s crime warrants the statutory maximum sentence of 22 years in federal prison. Blieden is currently being detained until his sentencing, set on March 20, 2020.

During the time of his crimes, Blieden was employed as the vice president of accounting and finance, as well as the controller for a company known as StyleHaul. The company was based in Hollywood but relocated to London in early 2019.

It was established in court that Blieden had full control of the company’s numerous bank accounts and leveraged his position by funneling millions of dollars away from StyleHaul over a long period. He is alleged to have stolen funds from October 2015 to March 2019, in order to enrich himself.

Blieden embezzled nearly $8.5 million from StyleHaul to fund his cryptocurrency accounts. He would then go on to use his crypto funds to play online poker. Additionally, Blieden stole $1.2 million, to cover personal checks written to a number of poker players, as well as $1.1million to settle his credit card debts.

To cover his tracks, Blieden created phony entries into the books of StyleHaul, replicating the appearance of credible company expenses and authorised payments to the company’s clients, as well as disguising transfers of company money to Blieden’s personal accounts as legitimate equity draws, which the company owed him. Blieden also created fraudulent wire transfer receipts from Western Union to supposed StyleHaul clients, and forged a StyleHaul executive’s signature for the lease of a condominium, but the money went straight into his pocket.

Blieden’s biggest accomplishment on the poker circuit was in Feb 2019 when he beat 492 players at the $10,000 No-Limit Hold’em WPT L.A. Poker Classic Championship, securing himself a seven-figure payday of $1 million.

What could have been the crowning achievement of Blieden’s poker career has now been besmirched by the possibility that his buy-in was bankrolled by funds stolen from his former employers.