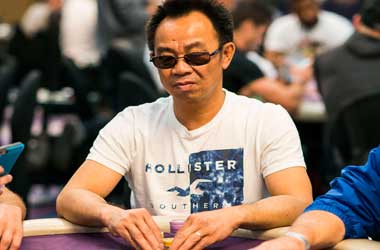 David Pham a.k.a. “The Dragon” has shown the poker world that he is still at the top of the game by securing back-to- back victories at the 2018 Wynn Classic and at the World Series of Poker (WSOP) Circuit Los Angeles.

The Dragon started his momentum at the Wynn Classic which took place last week at the Wynn Casino Las Vegas. He outlasted 984 players to win the $1,600 Championship Event and take home a cool $240,254. After a face-off between The Dragon and young gun Kurt Jewell, the final table players shared the $1,431,720 prize pool. The win was momentous for The Dragon since it pushed his lifetime earnings past the $10 million mark.

A week after this victory at the Wynn Classic, The Dragon followed up with another Main Event victory at the 2018 WSOP Circuit Los Angeles held at the Bicycle Casino in Bell Gardens, California.

This time, he had to overcome 705 players at the $1,675 WSOPC Bicycle Casino Main Event where the guaranteed prize pool once again crossed a million dollars. It was a tight battle as the Dragon entered the final table in third place in chips but it only took a couple of good decisions from him and slip-ups from his opponents to see him take the victory.

The Dragon Hits Another 6 Figure Payout

The Dragon had to battle US poker pro Tom Braband and had almost a 2:1 chip advantage. Things went smoothly from there and The Dragon won comfortably taking the title and the first prize of $216,790. Braband who finished in second place took home $134,145 and put up a good fight.

After more than two decades of playing professional poker, the 51-year-old veteran has still proven that he has what it takes to compete at the highest level.

In a statement, The Dragon said,

I’ve had a great last 10 days. I’m feeling great and I played very comfortable…I don’t rush my mind to win and I know that there are a lot of good, young players. Now, there are so many tough, young players and I feel like I’m up there with them