Daniel Negreanu Signs Up As The Latest Ambassador For GGPoker

Daniel Negreanu Signs Up As The Latest Ambassador For GGPoker 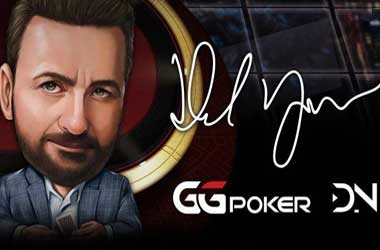 The Poker Hall of Famer has become the latest member of the GGPoker family, six months after confirming his split with PokerStars, a brand he represented for over ten years.

Negreanu’s decision to move over to a lesser known network has come as a bit of a surprise to many in the industry, considering that a lot of pros previously connected with PokerStars have opted to join its biggest competitor partypoker.

Looking at the present poker landscape, Negreanu may have a solid reason for choosing GGPoker. While GGPoker is considered a relatively new player in the market, the company is currently doing well in terms of traffic, recording a seven-day traffic average of 1,500 cash game players, slightly higher than major competitor partypoker which attracts an average of 1,200 players each week, based on stats gathered by traffic monitor PokerScout.

Apart from that, the site has also become a hit among high rollers, hosting plenty of high-stakes tournaments in recent months, with buy-ins ranging from $10,000 to $25,000.

GGPoker is marking its latest sponsorship deal with Negreanu with a tons of promotions and bonuses. The network is also hosting the “$100,000 Daniel Negreanu Challenge“, which will give players the opportunity to play against Negreanu in a nine-handed sit-n-go. New players signing up on the site using the promo code are also entitled to up to $1,000 in deposit bonuses, plus tickets worth $30 which they can use to take part in the $100,000 Challenge.

GGPoker offers a wide variety of poker variants, including the hugely popular Texas Hold’em and Omaha. Players can also enjoy a number of unique offerings, such as All-In or Fold and 3-Blind Hold’em. The network hosts a number of tournaments on a regular basis, ranging from freerolls, to bounty hunters, to Sunday majors and high roller tournaments. US poker pros are currently not accepted as GGPoker.