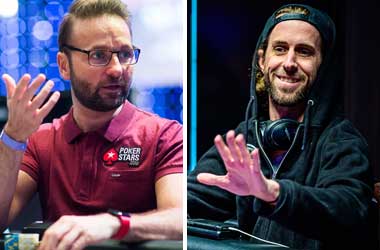 New Year, new chapter, but it looks like the poker world isn’t ready to move on from the controversies of the past 12 months.

The 2021 World Series of Poker (WSOP) was a massive success, but it was marred by allegations that some players had used fake vaccination cards to gain entry into the festival.

Now, according to the latest Twitter drama, poker pro Tim Reilly was among those who faked his vaccination status to participate in the fall series which took place at the Rio in Las Vegas.

The poker community woke up to a fresh war of words on social media just as 2022 was about to kick off – poker bad boy Nicholas “NickyP” Palma accused Reilly of paying a CVS employee to obtain a fake vax card to play at the WSOP. According to Palma, Reilly wasn’t alone, as several other players also resorted to the illicit practice so they could take part in the series.

Getting a fake vax card to play it. It’s truly unfair from everyone who complied with the rule/law and those who were forced to skip it because they followed the rules/law. Thousands of people see my tweets daily. We need a comment on the situation ASAP @wsop @PokerNews @Kevmath

Palma said it was unfair to the rest of the players who religiously complied with the vaccine mandate even if others initially didn’t want to get the jab. Palma’s tweets escalated into a row with many players stepping into the conversation.

Poker Pros Join In On The Debate

Poker pro Alex Jacob appears to support Palma’s claims and he’s got some proof. According to Jacob, Reilly started a thread on October 7, 2021 about him being unable to play because he’s not vaccinated, but on September 12, he sent Jacob a video of him pulling out his vaccination card.

So @TimReillyPoker sent me a video of him pulling out his vax card. The date on it is 9/12/21, which doesn't seem to make sense w/ his thread from 10/7/21 about not being able to play bc he's not vaxed. Either that thread is one big lie or the card is fake https://t.co/hJmQNCNHEW

The issue of whether or not Reilly faked his health status during the 2021 WSOP has reached a wider audience when Daniel Negreanu gets himself involved in the discussion. The GGPoker Ambassador said he’s willing to give Reilly $10,000 for free if he can prove his accusers wrong via a lie detector test.

I’ll go on record for funsies:

Free $10,000 if @TimReillyPoker can pass a lie detector test that he actually got the vaccine rather than use a fake vax card to play the WSOP

Reilly has yet to give a clear response to Negreanu’s $10K lie detector test offer. The saga continues with many more poker figures joining the discussion, including well-known anti-vaxxer Alex Foxen who said he would have used a fake card too if he needed to play at the WSOP to earn some money.