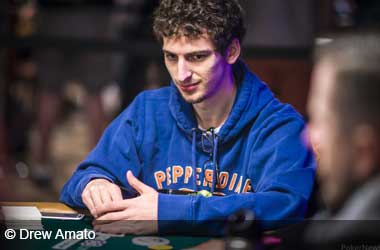 With just a few weeks left before the 2022 World Series of Poker (WSOP) wraps up, players are ramping up their efforts to collect as many points as possible for the highly-coveted Player of the Year (POY) title.

The latest rankings show Dan Zack holding on to the top spot, with the likes of Shaun Deeb, Phil Ivey, David Peters, and Alex Foxen also in contention. Josh Arieh is also keen on pulling off a back-to-back POY victory.

Dan Zack Still at the Top

The top two places are occupied by the Daniel Zack and Daniel Weinman. Both players have remained at no. 1 and no. 2 respectively since last week with less than 700 points between them.

Trailing close behind Weinman at no. 3 is Shaun Deeb, one of the most active pursuers of the POY title. He received the award back in 2018 and is looking to win it for the second time around. Deeb cashed in 14 events (2,488 points) but has yet to win a bracelet this year.

Coming in at no. 4 is Joao Simao Peres with 2,432 points. The Brazilian poker pro has recorded eight cashes so far, including one bracelet. Alex Foxen, who won his maiden gold bracelet this year in Event #50: $250,000 Super High Roller No-Limit Hold’em for over $4.5 million, has slipped down to no. 5 with 2.390 points.

Defending champion Arieh is at 11th place with 2,041 points but remains in contention with several key events yet to play out. Arieh is followed by Scott Seiver at no. 12 with 2,011 points.