Bilzerian Bails On His $10K Heads Up Match Against O’Brien With No Explanation December 13, 2021 Gabrielle Monet 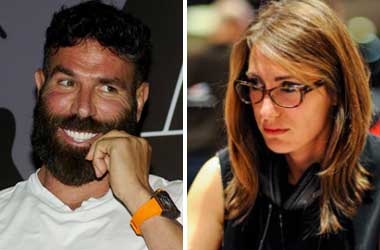 Dan Bilzerian boasts of winning millions of dollars playing high stakes poker but those claims have been questioned by the poker community over the years, as there is very little evidence to show Bilzerian winning at the poker table.

The self-proclaimed “Instagram King” who has over 32 million followers on Instagram is an ambassador for GGPoker. Alex O’Brien ended up winning a Dan Bilzerian birthday freeroll and GGPoker tweeted the same to confirm that O’Brien had won.

Alex O’Brien is a female poker player from Germany who has a very unimpressive poker record with just over $4,000 in career prize money. She was delighted to win the Bilzerian birthday freeroll on GGPoker and was looking forward to playing against Bilzerian.

O’Brien told media that she knew playing someone as controversial as Bilzerian would put her in the spotlight but she was okay to do so.

She made it clear that if she did end up winning any cash against Bilzerian she would donate it to a charity. However, the GGPoker ambassador decided not to show up and play the promised $10k heads up against O’Brien. Neither GGPoker nor Bilzerian offered an explanation as to why they never made good on their promise to O’Brien.

ACR Steps Up and Steals The Spotlight

The news of GGPoker and Bilzerian backing out of their promise to O’Brien made headlines on Twitter and Americas Cardroom was quick to step up to the table and take advantage of the attention.

ACR tweeted at O’Brien and said they were willing to put up the $10,000 on her behalf and would get ACR ambassador Vanessa Kade to step in instead of Bilzerian and play O’Brien. Kade is a former ambassador of GGPoker who got into a Twitter exchange with Bilzerian when he signed up as a new ambassador for GGPoker.

Oh my goodness, guys!! Thank you so much. There is only one person that I would love to do this with: @VanessaKade ♥️ https://t.co/cJr6HnzLjm

Bilzerian called Kade a colourful name and when Kade asked GGPoker to take action against Bilzerian, they dropped Kade as an ambassador. Kade has agreed to play O’Brien and the two female poker players are happy to face each other and play for charity.

🔥👑 It's happening! We're hosting a $10,000 heads-up match 👥 between Alex O'Brien (@obrientweet) and ACR Team Pro Vanessa Kade (@VanessaKade). The best part is the cash will go to a charity of the winner's choice. #good4poker 😍 https://t.co/0NXOflYmmX

GGPoker also responded in the end and has decided to put up the $10,000 which O’Brien will give to charity.