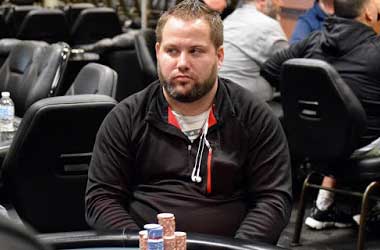 After being embroiled in a payout controversy in relation to the Midway Poker Tour, Dan Bekavac appeared to go into hiding, leaving the affected players clueless as to whether they’d ever be made whole.

Bekavac, who founded the tour, made a pledge a day after the fiasco that he would fix everything for the shorted players, but that turned out to be just a false promise as the accused scammer never really reached out to the players since October 2020.

The poker community was caught by surprise after Bekavac’s recent appearance at the Mid-States Poker Tour (MSPT) Grand Falls despite the still unresolved scandal involving his own tour. The American poker pro competed in the $1,100 Main Event which took place over the weekend, in an attempt to capture a third MSPT title.

Bekavac failed to even advance to Day 2 of the event, and everyone couldn’t help but wonder how he earned the guts to suddenly show up and even spend money for an event when he still has some unsettled obligations with numerous players. Fellow players were fuming in dismay on social media over Bekavac’s behavior, with one suggesting he should be barred from registering to play at casinos.

Others called him a “scumbag” whose ass should be “stomped on the ground“.

One player reportedly brought up the issue with Bekavac at the venue, but he allegedly got mad and shut down the conversation.

In October, the inaugural Midway Poker Tour was held, but it ended up in total disaster due to payout issues. Multiple players were unable to receive their full winnings, with over $55,000 still yet to be distributed to the top finishers, including the event’s winner Renato Spahiu and second-placer Satosi Tanaka. Bekavac owes both players $16,038 and $10,974 respectively.

When the Midway Poker Tour controversy unfolded, Bekavac’s own club which operated on the unregulated poker app PokerBROS was subsequently terminated. Bekavac and his cohorts reportedly planned to use the funds from the Midway Club to make the affected Midway Poker Tour players whole.

Bekavac failed to find any other way to repay the players after his club was shut down. This is believed to be one of the reasons why his communication with the affected players suddenly stopped after the Midway Club was dismantled.

Bekavac’s shady dealings in the past were also eventually brought to light following the payout scandal. As it turned out, Bekavac was also involved in a legal dispute surrounding the alleged counterfeiting of 20,000 copies of the dice game LCR Left! Center! Right! Two companies associated with Bekavac, the Bekavac Trading Company, Inc, and Bek Brands, were named in the lawsuit.

In 2015, Bekavac was arrested and charged with domestic assault and was found guilty. The player has also reportedly been prohibited from entering Caesars properties, though this claim still needs to be verified.