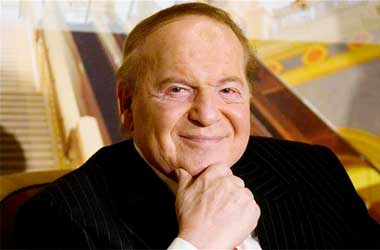 Only New Jersey, Nevada and Delaware have legalized online gambling so far and while other states like California and Pennsylvania have taken strides towards discussing legalization of the online gambling industry in 2015, no gambling laws have been amended.

Las Vegas Sands Chairman and billionaire Sheldon Adelson has played a key role in putting the brakes on the online gambling industry as his ‘Coalition to Stop Internet Gambling (CSIG)’ has had a major impact in spreading a negative vibe about online gambling and raised serious concerns about the industry being poorly regulated.

Adleson has personally funded the coalition and has leveraged his political connections to put pressure on states who were contemplating the legalization process. The main objective of the coalition is to get Congress to review RAWA regulations and re-introduce the bill which will take the decision of legalizing online gambling away from state governments and give the federal government full power to approval a blanket ban on the online gambling industry. If the coalition manages to get Congress to re-introduce the RAWA act, then New Jersey, Nevada and Delaware will be forced to shut down their online gambling operations.

The Las Vegas Sands chairman has been the biggest donor in the history of the Republican Party and has donated over $90 million to the Republican Party and affiliated groups since 2012. He also has the support of presidential candidate Marco Rubio of Florida, U.S. Sens. Lindsey Graham of South Carolina and a number of senior politicians in the Republican party who have highlighted the fact that the regulations that govern the online gambling industry are not robust and extremely hard to be monitored.

Two of the key policies that the online gambling industry follows are age verification and geo-location tracking to ensure that only individuals within the borders of New Jersey, Nevada and Delaware are allowed to play online. But the coalition have raised concerns that people from out of state have been accessing these online gambling websites along with minors as they have found loopholes to manipulate the system.

The expansion of online gambling poses a direct threat to state and local law enforcement efforts to enforce state laws banning gambling, which is still prohibited in many states like South Carolina. Regulation of online gambling has proven difficult at the state level and I anticipate that it will become increasingly difficult to effectively regulate such conduct as more and more states consider legalizing Internet gambling.