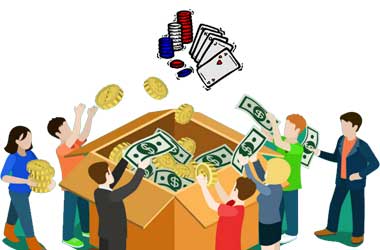 Staking in poker – which is the practice of investors putting up money for a gambler to play – has been around for long but until recently was it largely an underground activity and restricted within associates. Today online ventures like StakeKings and YouStake are bringing crowdfunding in poker mainstream and providing an access to a larger audience.

Poker pro Brian Rast’s recent win of $1.2 million in an event at the recently concluded 2016 World Series of Poker has put crowdfunded poker in the spotlight. Rast, who hadn’t been able to put up the $50,000 buy-in on his own, had staked his play on StakeKings. Several investors such as Nate Meyvis, a software developer and semi-poker pro, profited off Rast’s win. Meyvis made $1,200 on the $60 he had invested.

Such arrangements are often ideal for both players and investors as it allows the players to avoid making frequent large cash investments of their own while investors are able to make easy money. Staking in the traditional format was often a form of support with friends pitching to back a player. But such arrangements have pitfalls, with disputes occurring regarding terms of stakes which can take years to settle.

Websites like YouStake act as the middlemen and offer those interested in staking poker players a chance to participate in the game second-hand in a transparent and open manner.

The website allows players to put up their request along with their credentials and then handles the collection drive and allows the backers to monitor progress through various channels. Frank DeGeorge, YouStake’s CEO said that most of the users active on the website were not looking for a return on investment but rather the opportunity to take part in the action and the rush from watching others play.

Meyvis who has used StakeKings in the past said that backers are looking for different things. In the bigger events it often the social aspect which attracts backers but in more poker-focused events, backers might be more keen on the amount of money won.

A pro known as Limon said that poker is an extremely social game where those interested in the game want to be a part of the community. This at times also opens the door for scammers who pretend to be players but then go on to spend the buy-in fee without taking part in the tournament. However websites such as YouStake and StakeKings significantly lower these risks as the entire transaction remains transparent to the investor.