Controversial Poker Player Dan Bilzerian Reveals All In “The Setup”

Controversial Poker Player Dan Bilzerian Reveals All In “The Setup” 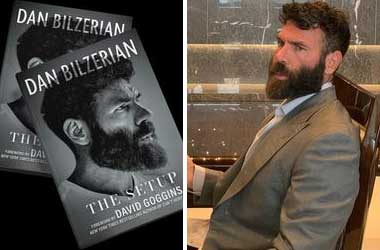 Some love him, some hate him, some are jealous of him and some want to be like him. Dan Bilzerian continues to be a controversial figure in the world of poker but that’s not stopping big names in the poker world like GGPoker from hiring him as their brand ambassador.

Dan Bilzerian is known as “the Instagram King” as he has over 33.3 million followers and his following continues to grow rapidly as he posts pictures with scantily clad women, guns, piles of cash and exotic adventures. He lives life lavish and large and makes no apologies for it.

The poker community has been sceptical of Bilzerian and his claims of winning millions of dollars playing high stakes poker because hardly anyone in the poker community can verify that they played with or saw Bilzerian playing and winning millions of dollars as he has claimed over the years. Many poker players believe that Bilzerian’s wealth was inherited and his poker exploits are nothing but fake stories.

Bilzerian has come out with a new book called “The Setup” which gives us a detailed look at the different parts of his life. He has covered five specific areas in his life that give us a behind the scenes look into what happened in his life. Readers will get to know about his childhood, his time in the military, his poker adventures, his rise to fame and how he has tested the limits of excess.

If you know someone who likes Dan Bilzerian or know a poker player, then getting this book for them as a present for the holidays might be a great idea. Do note though that the book contains a lot of graphic images and content that describe his sexual adventures, experiments with drugs and near death experiences.

There are also pictures showing proof of some of his high stakes poker deals including one with entrepreneur Alec Gores showing a wire transfer confirmation for over $10 million. There were rumours earlier this year that since Gores did not like his name being mentioned in the book, he was going to challenge Bilzerian to a $100 million poker match which is yet to be finalized.