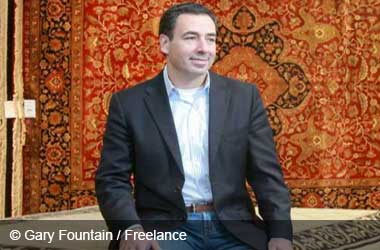 Mireskandari was named in the recent Houston poker club scandal as the person who demanded money from both the Post Oak Poker Club and The Prime Social Poker Room in exchange for legislative lobbying. He, along with his accomplices, allegedly promised to facilitate the implementation of favourable city ordinances for a sum of $250,000. The Prime Social Poker Room was able to make the payment, but the promised ordinance never came to fruition.

Mireskandari’s involvement in the scandal was made public in July, two months after nine members of the two Houston clubs were arrested on money laundering charges. Defence lawyers claimed Mireskandari was working as a consultant to Harris County District Attorney Kim Ogg when the alleged transaction took place. As a result, DA Ogg dropped the charges against the clubs citing a potential conflict of interest. Lawyers for Prime Social believe DA Ogg was also a victim of deception.

In light of the scandal, Mireskandari became the subject of newspaper reports and increased media attention, which his lawyer now claims is the main reason behind this weekend’s home invasion.

Speaking on behalf of his client, criminal defence lawyer Paul Looney said the repeated reports of the media in relation to the hundreds of thousands of dollars allegedly collected by Mireskandari from poker rooms encouraged robbers to infiltrate his home and demand money. Looney revealed the masked intruders entered the couple’s bedroom, throwing them out of their bed and pointing guns at them.

Looney added that some media outlets, such as The Chronicle, posted the exact home address of Mireskandari despite several requests to remove the address from their published reports. The Chronicle’s managing editor Tony Fermantle quickly refuted Looney’s claims, saying he does not believe that the paper’s actions contributed to the home invasion.

CCTV footage showed how the masked intruders made their escape after terrorising the couple. The incident is still under investigation, and the police are requesting anyone who may have information to come forward or directly get in touch with the Houston Police Department of Houston Crime Stoppers. The Houston poker club scandal case involving Mireskandari has been referred to the FBI.