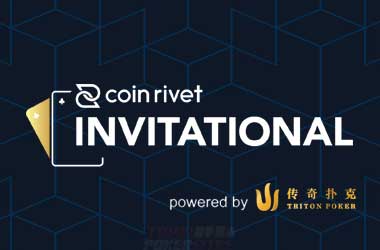 The first edition of the Luxon Pay Mediterranean Poker Party will take place in Cyprus from Aug 19 followed by the Triton Poker Series Cyprus and the Coin Rivet Invitational.

Some of the top poker players in the world are expected to make their way to Cyprus since there is big money waiting to be won.

One of the top high stakes events that the high-rollers will not want to miss is the Coin Rivet Invitational which has a $200,000 buy-in single re-entry and take place from Sep 10 to 12. This poker tournament will be held at the Merit Royal Diamond in North Cyprus and be a part of the Triton Poker Series Cyprus.

Even if you can afford the massive $200,000 buy-in, you will not be allowed to enter the tournament as it is by invitation only with the total number of players being capped at 64. The format will allow 32 professional players and 32 recreational players to team up and take part.

The last time this format was deployed during a Triton Poker Tournament was back the 2019 Triton Million London which saw Aaron Zhang finish in first place and walk away with an impressive $16.7 million.

Some of the top poker plays who have received and accepted an invite for Coin Rivet Invitational includes Espen Jørstad who won the 2022 WSOP Main Event, Poker Hall of Famer Phil Ivey and high stakes poker pro Steve O’Dwyer. The top professional poker players will team up with different recreational players during the event.

Coin Rivet Invitational has already announced four teams with more pairings to be announced in the coming weeks. Espen Jørstad will team up with Dusk Till Dawn owner Rob Yong and together they have $11,030,355 in prize money, Steve O’Dwyer is teaming up with Paul Newey and have combined winnings of $37,233,653.

Ben Lamb and veteran Bobby Baldwin are the third pair with total winnings of $17,264,581 while businessman Paul Phua and Phil Ivey will team up and have $62,578,085 in winnings.