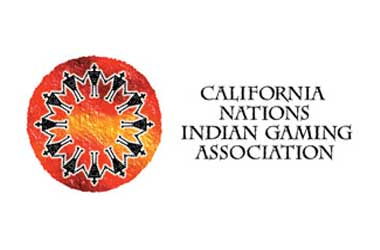 Steve Stallings, the chairman of the California Nations Indian Gaming Association (CNIGA), has expressed his disappointment that the Governmental Organization Committee in the Californian Assembly has delayed the process in taking the necessary next steps to legalize and regulate online poker in the state.

CIGNA is a non-profit association of federally recognized tribal governments which aims to protect tribal sovereignty and the right of tribes to have gaming on Indian lands and is the largest association of Indian gaming interests in California. The association has been working on developing consensus among all stakeholders involved on the issue of legalizing online poker in California.

While he praised Representative Adam Gray, the chairman of the California Assembly Governmental Organization Committee, for his focus on consumer advocacy in the areas of sports wagering and fantasy sports, Stallings felt that online poker players in California continued to be vulnerable to fraud and received very little protection from the state because the priority to legalize online poker in the state continued to take a back seat.

Legislators in California are currently paying a lot more attention to the Daily Fantasy Sports industry and the regulations that are required to govern this growing industry. Stallings highlighted the fact that it was the issue of online poker legislation that first addressed the complex issues surrounding online games and stated that online poker must continue to be a priority for the committee as well as the legislative assembly. Stallings believes that the online poker legislation could also provide guidance on handling the legal issues surrounding other related bills including the DFS industry.

We realize there are two other bills dealing with sports betting (AB 1441) and daily fantasy sports (DFS) (AB 1437) sharing the agenda with the I-Poker bill, AB 167.  Introduced by Representative Reginald Jones-Sawyer, AB 167 represents one of the last in a series of I-Poker bills, which, unlike AB 1441 and AB 1437, were thoroughly vetted, debated, altered, massaged, and continually passed over with the hope of a political miracle of consensus in the next year. The regulation of fantasy sports is well intended.  However, the state needs to prove it can deal with one online game–I-Poker–before it takes on others.

The California legislative session ended in September 2015 without any closure on the online poker issue. There were three hearings during the year but nothing significant was accomplished in these meetings. There is speculation that the issue of online poker legislation will once again be addressed in 2016 but given the lack of consensus and the upcoming US Presidential Election, online poker may not get sufficient attention in 2016.