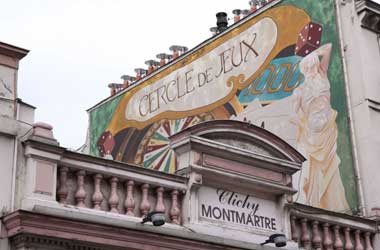 France’s poker industry has faced significant challenges in both the land based and online arenas during the last few years.

The gaming regulator has tried different approaches to boost the struggling poker market in the country but has had little success.

The poker market took yet another hit after it was announced that the popular poker cardroom known as Cercle Clichy-Montmartre will shut down. This poker room was the last of the 15 gaming circles in Paris.

A series of police operations over the years had forced the closure of over a dozen card clubs in Paris and Clichy-Montmartre is the last one to go down. The club hosted the WSOP Circuit event in December 2017 as well as other popular poker tournaments over the years including WPT National and Winamax Poker Tour.

Details of the recent closure were reported by local media which revealed that poker clubs may have been involved in criminal activities which pushed the authorities to close things. In 2015, the Paris poker community was left stunned following the closure of the world famous Aviation Club de France, which had hosted major poker tournaments such as the World Poker Tour offering millions of dollars in prize pools.

Signs of forthcoming trouble started happening in July when authorities suspected the club of being involved in the embezzlement of at least €10 million. The club had also been flagged for money laundering which resulted in the indictment of five individuals. It remained running but under a temporary license which was valid until the end of the year.

A promotional message was posted on Facebook which showed the club’s daily opening time as well as a scheduled tournament for Wednesday. But the doors were locked when the players arrived as the authorities had caught the Club by surprise. The Facebook post has since been taken down.

A 48-hour closure was initially imposed, but it is now understood that the club was heading for a permanent shut down. The club could however reopen next year as a gaming club and would have to be in full compliance with new French gaming regulations. Following the sudden closure, Clichy-Montmartre released a statement on Facebook and said all loyalty points and outstanding cash game chips would be honoured for the time being. The club thanked everyone for their support and assured customers they will be keep informed on the club’s future plans.