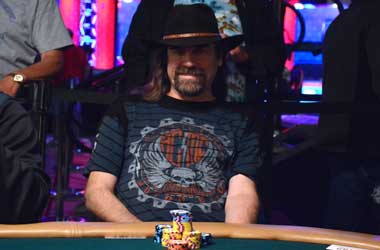 As a result of his POY win, Chris Ferguson will gain entry into the WSOP Main Event in 2018 which has a $10,000 buy-in. He will also feature on a banner along with former WSOP players of the year and Main Event winners which will be displayed at the Rio All-Suite Hotel & Casino.

Ferguson has had a good run this year with 17 cashes and two top-four finishes in $10,000 Championship events at the 2017 WSOP in Las Vegas. This strong showing allowed Ferguson to get into the the lead position in the race for Player of the Year. His outstanding performance also earned him an entry into the WSOPE €10,350 Main Event at King's Casino in Rozvadov, Czech Republic. Ferguson continued his lead in the POY race with 6 WSOPE cashes that also includes his sixth bracelet win in the WSOP Europe Event #7.

At the start of the WSOPE Main Event on Saturday, Racener was in second place for the POY and was just 136 points behind Ferguson followed by Ryan Hughes in the third place with 184 points. Ferguson finally clinched the POY title with the elimination of Racener on Monday.

Ferguson did not play any live poker tournaments from 2011 till early 2016 and kept a low profile due to the Black Friday fiasco. He made his first appearance at the 2016 WSOP and received a lot of flak from the poker community but that has faded in recent months. He finished in ninth position in the 2016 WSOP POY race which was eventually won by Jason Mercier.

Ferguson's impressive 2017 POY win received positive reactions from most poker players but there were still some such as 888poker ambassador Parker Talbot who felt Ferguson’s association with poker was not good for the game.