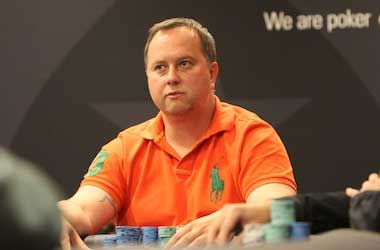 Partypoker’s LIVE Poker UK Championships Main Event ended with Chris Brice walking way as the winner. This is Brice’s first recorded victory and he went home with £187,500 in prize money while Daniel Clark finished in second place and earned £115,000.

The tournament was held at the Dusk Till Dawn Cardroom and Casino in Nottingham. It had a record 1,076 entries for the £1,100 Main Event which resulted in a massive £1,043,720 prize pool. Brice eliminated Clark after going head-to-head with him at the final table. This was a first for both Brice and Clark since the two of them have not won any events at all.

A Cheltenham resident, Brice was very happy with the results and his prize money. Even though he made a few mistakes in the beginning, he managed to last until the last day of the event.

He was one of the 18 players competing for the top spot. Brice was quite happy with his performance on the last day, citing smooth play as the reason for his success.

In a statement, Brice said

“It’s not sunk in yet. It’s been such a good tournament. So prestigious. I’m just absolutely delighted. It means a lot to my family and me and I’m just very grateful obviously to partypoker, and Dusk Till Dawn for running such a great tournament.”

The 2018 partypoker LIVE Poker UK Championships is one of the largest poker festivals in Europe and it drew in hundreds of top poker players from all over Europe. This included Super High Roller winner Steven Morris, who managed to reach the fifth place at the Main Event and win a £40,000 prize. The final 8 players who made it to the last round of the Main Event were all from the United Kingdom.

Players who did well at the partypoker LIVE UK stop will be able to take part in more partypoker LIVE action should they choose to do so. The Latin American Poker Championship (LAPC) is already underway having commenced on February 24 and will run until March 4. UK players will also be excited to play at the Irish Poker Open 2018 which is sponsored by partypoker.