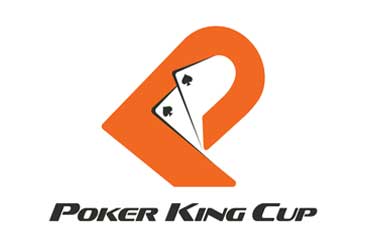 The Poker King Cup Series had a successful showing at the Venetian Macau Resort Hotel as poker players from all across Asia as well as other parts of the world showed up to take a crack at the large guaranteed prize pools which had more than $2.3 million in prize money up for grabs. Chinese poker players dominated the tournament and took down most of the big events.

The highlight of any poker tournament will always be the Main Event. The Main Event saw a total of 518 players register to fight it out for an impressive prize pool of HKD 7,536,900 that would pay out the top 63 players. Chinese poker pros once again had a great run at the main event and the final 8 players standing were all from China.

After some great action at the final table, it came down to a battle between Wei Ran Pu and Jian Dong Yu. Wei Ran managed to hold his never and stay calm under pressure to win his first ever Main Event and register his highest payout to date, taking home HKD 1,464,000 which is over $187,000. Jian Dong finished in second place and received a nice sum of HKD 1,026,500 which is around $131,284.

The fact that all 8 players at the final table were Chinese will be a big boost to the growing poker community in China. This was highlighted by Wei Ran Pu who was very excited at taking down the Main Event and said that his plan was to use his prize money to play more poker tournaments going forward.

The other top event at the Poker King Cup Series was the Super High Roller event which had a buy-in of HK$200,000. There were only 21 entries to the event but it did receive a lot of attention as the winner was bound to receive a nice payout. That honour went to Chinese poker pro Kui Song Wu who also won his first major event and received the biggest payout of his career taking home HK$1,720,000 which is around $220,000.