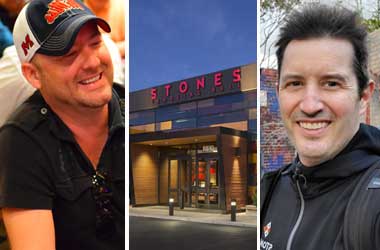 Mike Postle, the player at the center of a massive cheating scandal which made headlines in the world of poker in 2019, is now officially off the hook after United States District Judge William B. Shubb decided to junk a multi-million lawsuit filed against him, citing California law.

The judge also granted motions to dismiss to the two other defendants in the case, California poker venue Stones Gambling Hall, and tournament director Justin Kuraitis, but the plaintiffs were still given a chance to file an amended complaint against them.

The shocking dismissal was granted on June 3 by Judge Shubb after hearing oral arguments from all parties in mid-May. Postle was accused of cheating during livestreamed cash games at Stones, allegedly profiting around $250,000 in the process. He allegedly carried out the act with the aid of a “confederate“, widely believed to be Kuraitis.

In making his ruling, the judge favored the defendants in their main argument that gambling disputes cannot have judicial remedy in the state of California, partly due to the fact that the “asserted damages are inherently speculative“. Judge Shubb based his decision on previous case law, Kelly v. First Astri Corp.

The judge added that the claims made by the plaintiffs are “quintessential gambling losses” that cannot be recovered in accordance with California public policy. This “mandates the dismissal with prejudice” of allegations made against Postle, including fraud, negligent misrepresentation, and unjust enrichment. Judge Shubb also wrote that while some states have granted statutory right for the recovery of gambling losses, the same hasn’t been done in California.

Similarly, the judge also outrightly dismissed a request for sanctions filed against Postle for allegedly using a ghostwriter to craft his motions, as well as an additional charge in relation to the Racketeer Influenced Corrupt Organization Act (RICO), citing that gambling losses do not qualify as sufficient injury to business or property.

Allegations of fraud, constructive fraud, negligent misrepresentation, against Stones, as well as libel claims made by whistleblower Veronica Brill against the gambling venue, were also dismissed.

2020 is really the year of the scumbag. Poker world is taking L's left and right. https://t.co/LTOO5T9BFq

Judge Shubb said the fraud allegations are nothing more than a general allegation which failed to specify the cost of the rake during each game, and the individual contribution of the players. The judge also sided with Stones when it argued that it did not owe a general duty of care to gamblers. Claims of negligent misrepresentation were weak, as the plaintiffs did not disclose the identity of Postle’s alleged accomplice.

Mac VerStandig, lawyers for the plaintiffs, expressed his disappointment at the ruling, and hinted that they will file an amended complaint. Postle has yet to issue any comment on the recent ruling.

Disappointment is not a strong enough word, but we will continue the fight with an amended pleading. In the interim, I would encourage everyone to read the judge's opinion, which is detailed and well-written. My admiration for our clients has no bounds. https://t.co/bt5POVWawe