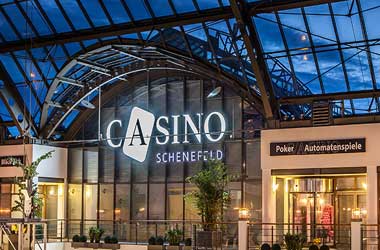 PokerStars has announced that it will be holding its first PokerStars Festival in Germany at Hamburg’s Casino Schenefeld in November.

I’m excited to see the first PokerStars Festival ever held in Germany and I’m expecting this event will attract many players.

I’m especially hyped to have a chance to meet up with members of the German poker community. It’s not often that I get to play live poker in the country I have grown up, so I’m really looking forward to playing in the €500,000 guaranteed Main Event.

Players interested in qualifying for the PokerStars Festival Hamburg Main Event can do so via satellites being held on the site. PokerStars Festival was introduced last year under PokerStars’ new format for its live events. The Festival format primarily targets recreational players and usually lasts for 6-7 days. PokerStars Championships on the other hand are large scale tournament events held for 10-11 days at top casinos worldwide, attracting both professional and amateur players.

In the past months, the PokerStars Festival has toured several countries and has made a number of first time stops in countries like Chile, South Korea and now Germany. Stops have also included major destinations like London, Rozodov, Bucharest and Marbella.

The venue for the Hamburg event is Casino Schenefeld which is located close to the Elbe river. Hamburg is one of the biggest cities in Germany and is well known for its harbor area.

Apart from the Hamburg leg, the upcoming PokerStars Festival stops include one in Uruguay between September 16 and 23 and one at Dublin from September 25 to October 1. Some of the other events planned include the New Jersey Sunday Special Live between October 6 and 8 and PokerStars Festival Sochi from October 16 to 22.

A PokerStars Championship event in Prague is planned from December 7 – 18 while the restored PokerStars Caribbean Adventure 2018 will be held between January 6 and 14 2018.