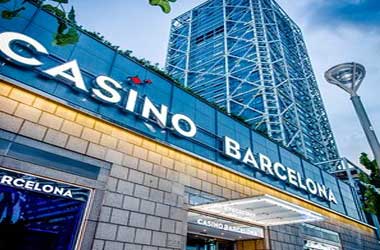 The Casino Barcelona which is one of Europe’s biggest casino venues will play host to two major poker tournaments taking place this August in Spain.

The European Poker Tour (EPT) Barcelona and the Spanish Poker Championship (CEP) will stop over and both tournaments are expected to attract massive fields, with huge guarantees up for grabs.

The latest edition of EPT Barcelona kicks off on August 20, running through to September 1. The main highlight of the festival is the €5,300 buy-in Main Event which takes place from August 26 – September 1. Some of the other key events on the schedule are as follows:

EPT Barcelona is one of the most popular poker stops on the EPT calendar. Last year, the Main Event drew a total of 1,931 entries (which included 457 re-entries), reaching a whopping €9,365,350 ($10,907,572) in total prize money. Polish poker pro Piotr Nurzynski defeated China’s Haoxiang Wang heads-up to take home the top prize of €1,037,109, though there was some controversy with the High Roller Event.

The Spanish Poker Championship will head to the Casino Barcelona for its fourth stop from August 14-20 and will feature three events. The tournament kicks off with the €500 buy-in CEP Barcelona Main Event from August 14 – 18 and is expected to attract a huge number of players. The Main Event is followed by the €200 Mini CEP Barcelona, with the last event on the schedule being the €1,100 CEP Barcelona High Roller.

The events will take place in the casino’s Gaudi Room at the Hotel Arts.

Those who want to pre-register for any of the CEP and EPT events can do so by signing up to the Casino Barcelona’s website. Pre-registrations allow players to buy a seat in advance, avoiding the long queues on the actual day of the events.

Online satellites will also run at PokerStars, giving players the chance to win their way into the EPT Barcelona Main Event for a much cheaper price, with buy-ins starting from as low as €1.10.