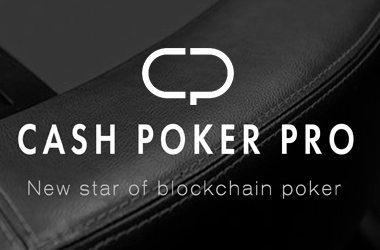 Cash Poker Pro, the new blockchain based poker room has announced that it plans to go live within a short period of time. While a date for the launch is yet to be confirmed, the company has confirmed the date of its official Initial Coin Offering (ICO) campaign.

Cash Poker Room currently serves the Russian and Kazakhstan markets and is focused on electronic poker tables. The company stated that its platform is in the final stages of development and once launched will feature its own digital currency tokens called CASH.

A subsidiary of Russian company Tavaron Media, the venture has developed a new poker room format using blockchain-based mechanisms for fast and confidential transfers of money between participants. The company launched the pre-sale for its tokens on August 26 and confirmed that the official date for its ICO as October 26.

According to Cash Poker Pro, a key advantage of the decentralized format adopted by the online poker room is the random number generator (RNG) that can be trusted by users. The use of blockchain technology ensures that players can withdraw and deposit money quickly and anonymously.

The backers of Cash Poker Pro claim to have over ten years’ of experience in the brick & mortar gambling industry and three years specifically in the poker industry. So far the company has successfully rolled out several software projects for electronic poker tables, lottery, bingo and has also implemented projects related to casino security and risk management.

The company has stated that customers will able to purchase its digital tokens using existing digital currencies like bitcoin and also with regular fiat currency. The platform is promising investors a high level of security and transparency due the use of smart contracts. Players in a Cash Poker Pro poker room will not need identity verification to start playing, and will be able to create their own poker tables within the system.

The company is planning a three-phase product development and rollout. The first phase will see the launch of a poker room while the second stage will see new technology be implemented into the poker room. The poker room will be integrated into instant messengers like WhatsApp and Facebook and in the final phase, the blockchain technology will be fully incorporated within its platform

The company also intends to allow the integration of Cash Poker Pro into other existing systems for supporting the development of the blockchain-based poker room framework. According to Cash Poker Pro, the pre-sale stage of the ICO campaign offered 8,000,000 CASH tokens for $0.05/CASH. The main ICO will start with a total of 50,000,000 tokens priced at $0.50/CASH token.