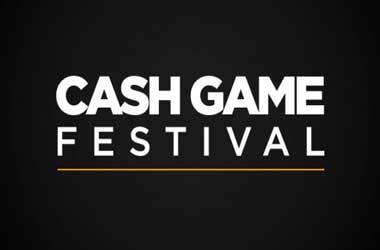 The Cash Game Festival is set to make its next stop at the Aspers Casino Westfield Stratford City in London and poker players will be excited to take part in non-stop poker action that will run from July 11 to 15.

The Cash Game Festival has a loyal following in London as the tournament has taken place in London on five previous occasions. The tournament which started in Estonia in 2014 has become very popular over the last couple of years and has added multiple stops around the world. The tour visited London in January and a few months later is set to return to delight poker pros once again.

There are different stake and games set up to cater to poker players with different bankrolls. Buy-ins start from just £1 and up to £50.

There are tons of No-Limit Hold’em and Pot Limit Omaha events to be played, but there are also tables for those who are looking for other games such as H.O.R.S.E., super dealer’s choice, Open-Face Chinese poker, Sviten Special and more. The Cash Game Festival London will have over 120 hours of live poker action and lots of money up to be won.

If you want to skip the lines at the Aspers and get to the tables faster, you can now register via their website, where you can book your tables in advance and even get a special price on accommodation at the venue. You also get the chance to be featured in one of the two televised tables each day when you register, allowing your friends and family to tune in to the action and cheer you on wherever they may be.

Players flock to the Cash Game Festival mainly for the games running round the clock, but there are also tons of activities to be enjoyed such as sporting activities, a guided city tour, a players’ party and a VIP dinner.

Apart from taking home your game winnings, you can also be the next winner of the Cash Game Festival trophy. The trophy is presented to the player who finishes with the highest amount of big blinds during the 10 feature tables that are televised. Last year, Norway's Jon Kyte won his second Cash Game Festival trophy after 1,349 big blinds and €2,698 in profit at the €2/€2 pot-limit Omaha hi-low feature table.