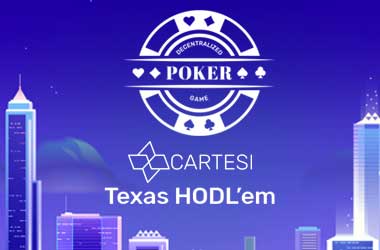 Cartesi’s technology cannot be forced to shut down or controlled, even in the face of continuing rise in DDOS assaults, server failures, and fraud in the online gaming industry.

By 2025, the gaming business is expected to be valued over $256 billion, with millions of gamers competing in nearly every form conceivable.

People are spending hours playing online than it has ever been.

However, the huge centralized game systems that retain and govern everything that helps keep the gaming platform afloat have become progressively undependable; server blackouts, cyber-attacks, and physical damages in the form of fires in certain big server facilities have resulted in long periods of outage and the permanent loss of millions of dollars’ worth of sale and accrued in-game merchandise. By deploying game systems and hosting games on unalterable platforms that cannot be controlled or closed down, blockchain technology has the potential to alleviate several of the challenges that plague the gaming market.

In this regard, Cartesi, a layer-2 blockchain system that empowers millions of conventional programmers to develop and operate decentralized apps on Linux operating systems, has announced the release of a decentralized poker game that reflects a significant milestone for blockchain technology based applications. Today’s most popular online games depend on centralized servers run by a few sector behemoths. Running a single point of failure (particularly when huge quantities of user data are involved) seldom works out well, and it exposes games to a variety of assaults and technological issues.

DDOS assaults have afflicted titles like Apex Legends; Grand Theft Auto recently had lengthy outage owing to server failures; and many gamers of famous titles like Counter-Strike: Global Offensive was irritated by ongoing fraud enabled by centralized gaming architecture. When implemented completely, Cartesi’s totally decentralized poker game demo display, which is hosted on the Polygon blockchain, guarantees to address the issues triggered by centralized server shutdowns as well as the problem of fraud that has become all too common in the professional online gaming industry, which is now estimated to be around $1 billion.

Several high-profile fraud incidents, notably in online poker, have exposed the flaws in contemporary gaming methods in past years. Along with Descartes SDK, Cartesi’s decentralized poker game employs LibTMCG, a software package that provides confidentiality for web based card games. This game was created by the Cartesi developers to demonstrate what is achievable with Cartesi technology, which enables the creation of a broad range of turn-based plays, from chess to sophisticated combat games, using popular software packages.

Using Cartesi’s solutions, turn-based titles can now be developed on blockchains without having to program exclusively in Solidity; while Solidity is the primary programming language for Ethereum blockchain, it is now extensively used in traditional software package development, making it more difficult for many interested coders to enter and work in the blockchain technology sector.

We’ve effectively established a gateway from the blockchain sector to the regular software development world.

Anyone may now create a decentralized, cheat-proof, and censor-proof game on Ethereum or some other blockchain, using their own programming language and proven Linux tools.