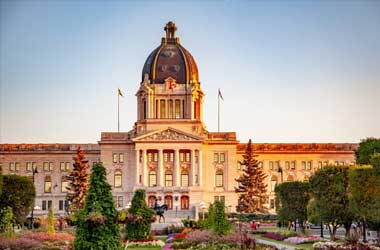 There are also plans in place for Saskatchewan to become the fourth member of the Canadian Poker Network (CPN) and start offering multi-state online poker liquidity.

Saskatchewan To Join CPN In Dec

The British Columbia Lottery Corporation (BCLC) developed the PlayNow iPoker platform and is expected to start accepting players based in Saskatchewan by Dec 2022. PlayNow is expected to launch online sports betting and online casino services from Nov 3.

Saskatchewan is expected to launch online poker services in December and soon after become the fourth member of the CPN. The other three provinces that are part of the CPN as of now are Quebec, Manitoba and British Columbia (BC). These three provinces currently have multi-state liquidity and will get even bigger when Saskatchewan becomes an official part of the network.

The Canadian Poker Network has been around for over a decade as the CPN went live in early 2011. PlayNow already has operators in BC and Quebec and will soon expand into Saskatchewan.

The Saskatchewan Gaming Corporation (SaskGaming) will operate the PlayNow platform after SaskGaming signed a partnership with the Federation of Sovereign Indigenous Nations (FSIN) in Sep 2021.

There is also a push to get Ontario to become a member of the CPN. The Ontario Lottery and Gaming Corporation (OLG) are open to the idea but are yet to make a final decision on the matter.