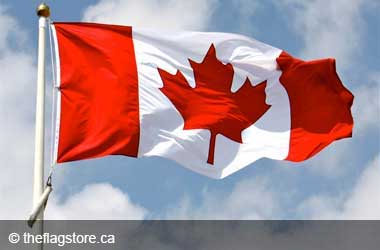 When Black Friday hit the United States, the online gambling industry collapse and Canada was one of the biggest benefactors.

Online gambling has flourished in Canada over the last few years as gaming laws are rather relaxed and iGaming operators have enjoyed a rather liberal environment.

The current online gambling laws in Canada allow for betting on an online gambling site as long as the operator does not have any offline gambling establishments in Canada. This is a big hit for the provincial casinos that operate their own websites like Espacejeux and PlayNow.com. Legislators are also concerned that a significant number of Canadians are playing an offshore websites and all that revenue is not being taxed.

Bill 74 which was passed by the Quebec legislature in 2016 looks to address all of these issues. The bill also looks to get local Internet Service Providers (ISPs) to block foreign online casino sites and prevent gaming revenue from going out of the country. Quebec already blocked access to illegal poker sites in 2015 due to revenues being eaten up.

The bill hasn’t gained as much momentum as Loto-Quebec would have expected but things are changing quickly. Loto-Quebec which operates EspaceJeux.com is the gambling body in Quebec that passes on all of the profits from EspaceJeux.com to the government. The operator has pointed out in the past that their profits have dropped while profits for foreign operators have increased. Loto-Quebec was willing to allow foreign operators to offer services in Quebec provided they were willing to share a percentage of their profits with them.

Loto-Quebec has a list of 2000 gambling websites that they have handed over to ISPs so that they could be blocked. However, several ISPs did not want the burden of handling the job. So they, along with civil rights activists who did not like the idea of the government handing down restrictions, formally filed a complaint against it. The court case has been delayed until March 2018 and is still awaiting resolution. Many legal scholars believe though that the case will end up going all the way to Canada’s Supreme Court.

If the court does agree in favor of Bill74, it would set a precedent that Canadian provincial governments would be able to restrict Internet access – and may lead to other provinces following Quebec’s lead.