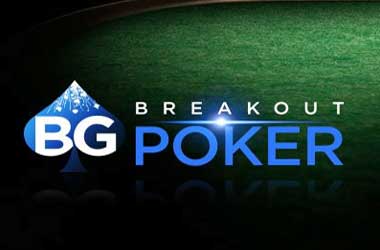 BreakoutPoker.com is one of the new online poker rooms that is looking to make a bigger splash in the ever competitive online gambling industry. The poker room is operated by the Breakout Gaming Group. The online poker website opened its doors in 2016 and since then has managed to build a strong reputation in the market.

BreakoutPoker.com has gained the trust of poker players around the world by assembling a great team of brand ambassadors that include some of the most respected poker professionals in the industry including WSOP bracelet winners Jennifer Harman, Huck Seed, Todd Brunson and Jeff Lisandro.

Breakout Poker has sponsored a number of popular online promotions and tournaments during the last couple of years. The online poker website has come up with a new promotion in an attempt to bring in more players and build its online player database. A new monthly promotional event that will be sure to attract players is the Breakout Pro Bounty Tournament.

Held on the 4th Thursday of each month, the Breakout Pro Bounty Tournament has a selection of Breakout Poker Brand Ambassadors playing. Each of them has a knock-out bounty on their heads, which makes defeating them extra sweeter. The online tournament is free for all registered players.

Poker players joining this tournament are in for an exciting experience as you will go head-to-head with other players including Breakout Poker’s line-up of top brand ambassadors. Apart from beating the above mentioned brand ambassadors, you will also have the opportunity to try and eliminate WSOP gold bracelet winners such as Layne Flack, Vladimir Shchemelev, David Benyamine and Ted Forrest.

All players need to do to join this event is to register at breakoutpoker.com. When registering, they should use the promo code WB1000 to get a 200% bonus on their first three deposits on the site. The promo can give players up to $1,000 worth of total bonuses.

As for the prizes, the guaranteed prize pool is $2,000 worth of BRK – which stands for Breakout Coin – the digital currency of Breakout Poker. This is the cryptocurrency developed and launched by the Breakout team for use on the Breakout Network. You will be able to trade for it on several cryptocurrency exchanges like Bittrex.com. There are also bounties for eliminating pro players which is set at $50 worth of BRK for each defeat.

Breakout Poker mainly accepts BRK for transactions on the site as of now. Players should not have any problems as the online poker website also accepts real money via multiple payment methods including credit cards, vouchers, and e-Wallets. Bitcoin and Ethereum holders can also use these cryptocurrencies for playing at Breakout Poker.