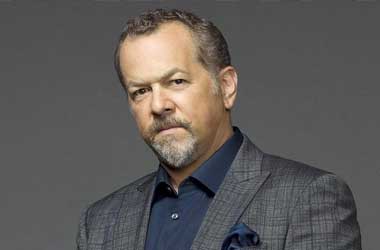 American actor David Costabile was the winner of the “Stars Call for Action” charity event hosted by PokerStars over the weekend.

The Breaking Bad star captured the $100,000 top prize which goes to his chosen charity, the World Central Kitchen, a not-for-profit organization providing food to the less-fortunate, especially in the wake of natural disasters.

Costabile faced Brazilian footballer Douglas Costa heads-up with the latter holding a huge chip advantage, but Costabile managed to score a couple of double-ups to take the lead. He then jammed pocket fours from the button, and Costa called with ace-king suited. The board ran out 8d9dJs6h10c, favoring Costabile. Costa won $75,000 for his runner-up finish.

The other celebrities reaching the six-handed final table were Jen Shahade who finished third for $40,000 and Casey Affleck who earned $30,000 for finishing fourth. PokerStars ambassador Chris Moneymaker and English former rugby union player Mike Tindall won $20,000 and $10,000 for finishing fifth and sixth respectively.

The celebrity players competed in phases, involving a series of six-max shootout tables. The survivors from each table were then joined in the finale by six poker pros who earlier won an invite-only Players Tournament.

A “Second Chance” tournament was also held for those who finished runner-up in the shootout battles. English footballer Wayne Bridge took down that tournament, winning $50,000 for his chosen charity.

The Stars Call for Action tournament, organized by director/screenwriter Andy Bellin and comedian/voice actor Hank Azaria, was held to raise funds for those heavily affected by the ongoing coronavirus pandemic. For their participation, each celebrity already secured $10,000 for their respective charities, meaning the final six were able boost their donations through their winnings.

PokerStars also contributed $1 million to the prize pool, with half of it being donated to Care International. The remaining amount will be distributed to charities through grants, which will be handled by the Entertainment Industry Foundation (EIF), a Los Angeles-based multifaceted non-profit charitable organization that supports over 300 charities each year.