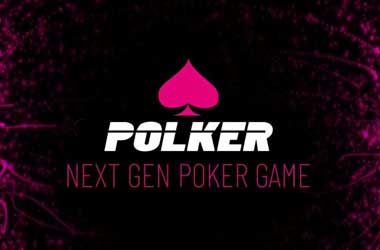 Polker, a blockchain-based online poker game, has confirmed that it has launched on DeFi protocols UniSwap, PancakeSwap, and JustSwap.

In addition the firm has also completed a fruitful IDO (Initial DEX Offering) on BSCPAD (Binance Chain Pad), Tronpad (TRON’s Launchpad backed by CEO Justin Sun) on June 24th, and a Bondly (a platform to launch Non-Fungible Token) NFT launch on the 22nd. Players may securely utilize dozens of altcoins, in addition to Bitcoin, in their multi-patented clients, thanks to the platform.

Polker uses the Unreal Engine 4 to provide a rich and robust gaming experience. Their community is made up of crypto aficionados and poker players who joined hands to deliver a unique product.

Despite the fact that the original rollout was postponed due to a hacking incident that eventually inflated and dumped the currency, investors have reaffirmed their continuing support for the venture. Polker permits users to wager on dozens of altcoins utilizing several unique methods without converting their money to a single acceptable cryptocurrency. Polker has been structured to operate on Substrate (Polkadot), with aspirations to enable next-generation virtual reality. Polker began adding liquidity to three pools on the 25th: PancakeSwap, Uniswap, and JustSwap. The hacking event occurred when the core team was ensuring that there was sufficient liquidity before issuing TGE tokens.

An aggressive buyer took advantage of this and purchased about 1.745 million PKR tokens. On Uniswap v3, 94 percent of the whole liquidity was scooped into one wallet. This transaction was carried out by a single address. The tokens were then sold in the PancakeSwap liquidity pool after being transferred via an open ETH-BSC bridge. To avoid betting and hacking, the developers planned to block the ETH > BSC bridge for 30 minutes after roll out. Poly-Network, however, faltered to close the bridge on time, enabling money to flow freely over it.

In view of this, there were severe suspicions of insider trading, which led to an internal audit. The audit found no evidence of wrongdoing on the part of the team members.

As portion of our token primary, Polker, its staff, and any insiders were not given tokens or had tokens released

As a team, we have gotten no advantage and have lost considerably in our token performance. But, more significantly, you, our community, have lost a lot of faith in us.

Following the incident, there have been organized efforts to dump Polker tokens on social media. Polker has experienced an increase in bot members as well. To fight this, Polker has taken care to remove shillers (crypto influencers) and fudders (crypto skeptics), ensuring a prosperous future for its community. Polker is upbeat about the future, mentioning a limited (invite-only) beta for the game in July. Polker has said that they would continue to support various cryptocurrencies in their game. It is not necessary to have Polker tokens to play Polker games. The management is confident that Polker has a long life ahead of it and will recuperate.