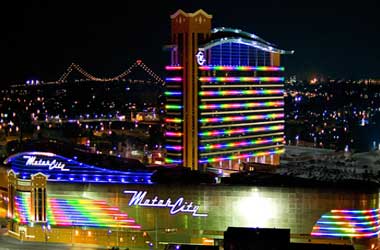 Six players had a great start to the new year as they ended up winning a bad beat jackpot on January 16 at the MotorCity Casino in Detroit, Michigan.

The six players ended up winning a substantial sum of money and would later realize that their win would go down in the history books as it was the biggest bad beat jackpot in U.S history. The bad beat jackpot win was fixed at $1,068,590.80.

Bad beat jackpots have a very interesting proposition as all players taking part in the bad beat jackpot, when it is won are eligible to receive a percentage of the payout.

The bad beat jackpot is awarded in poker rooms when a really good hand is beaten by an even better hand.

The usual bad beat jackpot split is broken down with 50% of the total amount going to the losing player, 25% going to the winner and the other 25% is shared between the remaining players in the hand. For this particular game, six players were participating in the table. As for payout percentages involving the MotorCity bad beat jackpot, the casino divides it by giving 40% of the prize to the one who got the jackpot, 20% to the holder of the other hand and the balance 40% is shared between the remaining players.

Scott, a player from Oxford, Michigan held four Threes against Kenneth, another player, who had four Queens. Since Scott held the losing hand, he received $427,452.52 while the winner Kenneth got $213,712.76. The remaining players each received $106,856.28. The four could have potentially received less since the table maximum was set at ten players.

The winning hand is very interesting because different poker rooms have different rules for winning the bad beat jackpot. For MotorCity Casino, the bad beat jackpot is only activated when two four-of-a-kinds went up against each other. This rules out a lot of other potential hands and makes the odds of this happening pretty rare. Besides the four-of-a-kind requirement, at least four players need to participate in the hand.

There are winners every day on the floor, but it's not every day that a jackpot that big hits. Congratulations to all the players at the table