Big For One Drop Attracting Top Pros To Register For Next Month July 6, 2018 Adrian Sterne https://top10pokersites.net 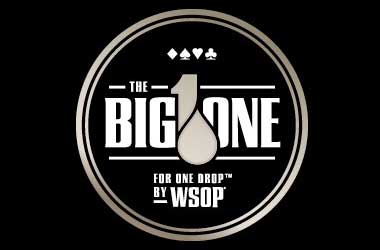 The 2018 WSOP Big One For One Drop is approaching very fast and high stake poker players are eager to take a crack at the $44 million in prize money, should the WSOP be able to meet the 48-player cap.

The Big One For One Drop is scheduled to take place on July 15, and will be the closing event at the last day of the 2018 WSOP. Those who can’t come down to the Rio All-Suite can tune in to the sky high-stakes action via ESPN2 and PokerGo.

The World Series of Poker (WSOP) Big One For One Drop is a charity event held every few years in Las Vegas, where part of the buy in goes directly to international non-profit organization One Drop Foundation. Founded by Cirque du Soleil founder Guy Laliberté, the foundation aims to provide safe and potable water to countries who have limited access to such.

The Big One For One Drop will once again take place at the WSOP and a number of high stakes poker pros and first time players have already signed up for the One Drop event. The WSOP confirmed before the start of the 2018 edition that 30 out of the 48 seats have already been filled. Esfandiari, Daniel Negreanu, Rick Solomon, Phil Hellmuth, Phil Ivey and Talal Shakerchi are just some of the players who have already signed up. These veteran poker pros have made it a habit to play at the One Drop and will once again have a crack at it in 2018.

Poker Pros Confirmed For 2018 Big One For One Drop

Apart from the confirmed players, the community is still waiting for a couple of names who have been playing in the first two One Drops if they will be coming back to the million-dollar stage for a third time.

There are still more seats to be taken and the poker community want to see if some of the other top high stake poker pros such as Brian Rast will register.

In a statement, Rast said,

It’s great the tournament was set up to raise money for charity, I can respect and appreciate that. I haven’t decided yet. It’s late in the series so I’m going to wait and see. I’ve been playing big cash games so I’m going to see whether or not I’m burned out. I might play it, I might not.