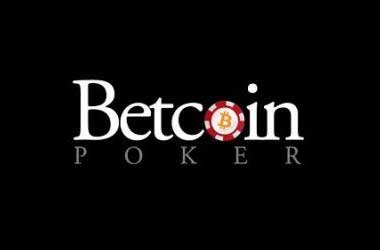 So it came as a surprise in December 2017 that Betcoin suddenly decided to shutdown its online poker room. There was no clear information as to why Betcoin took the decision to close its online poker room but yet keep other parts of Betcoin continued to function as usual.

Betcoin suddenly announced that it had been acquired by a new owner and that was strange given the fact that nobody knew who the original owner of Betcoin really was.

The original owners did not publicize themselves and thanks to the blockchain transactions, were pretty anonymous. Its sudden acquisition and closing of its poker room caused a minor blip, but since player money seemed to be safe and it was business as usual in other areas, the issue seemed to die a quiet death.

In a statement posted a few days after Christmas, Betcoin said:

We apologize to you, because our research indicates that Betcoin.ag has not taken the very best care of you. We also apologize for not handling the Bad Beat Jackpot matter in the most expeditious and fair manner as possible for all of you great players

In poker parlance, Bad Beat Jackpots happen when a good hand is beaten by an even better hand. Pokers players who participate in tables which offer this often have to pay a fee that goes into the jackpot. The jackpot accumulates and when the “bad beat” happens, the entire table benefits. The issue seems to be that Betcoin still had Bad Beat Jackpot money in its coffers. The initial plan was to reimburse the money depending on the amount contributed by the players. The plan was to have the money released by the second week of January 2018.

However Betcoin recently announced that it was unable to 100% determine the amount that each player contributed. The company felt that since it was unable to return the money in full and accurately, they would have to drop this option. To resolve the dilemma of their Bad Beat Jackpots, Betcoin has decided to reopen its poker room. Betcoin has slated the reopening for January 26, with the Bad Beat Jackpot fees lowered.

Many experts assume that this state of matter will remain until the Bad Beat Jackpot is hit. When that happens, experts also think that Betcoin will be discontinuing the promotion. The poker room is expected to stay open after.