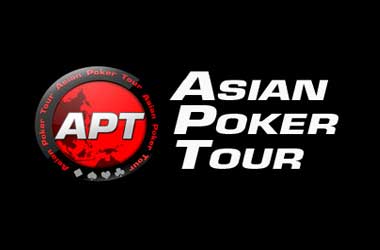 The Asian Poker Tour which was established in 2008 is without doubt one of the most popular poker tours in Asia.

Over the last 9 years, the APT has held poker tournaments in South Korea, the Philippines, India, Vietnam, Cambodia, Macau, Mauritius and event in England and Australia.

APT’s chief executive officer Jeff Mann had stated in August that one of the major steps for the company’s future growth and expansion was establishing a permanent base in Macau – the biggest gambling hub in the world. The company entered a five year agreement with Macau’s Casino Babylon and Macau Billionaire Poker and confirmed that a minimum of two international poker events will be hosted in Macau till 2022.

The APT has announced the scheduled for the APT Macau Championships 2018 and confirmed that the tournament will take place from 25 April to 6 May at the Casino Babylon subject to approval from Macau’s regulator. The 12 day poker festival will overlap Japan’s Golden Week holiday and is expected to attract poker players from all over Asia.

With the APT Macau Championships 2018 announcement coming this early, and with it taking place in Macau during the prime time slot of Japan’s Golden Week, players can expect to see record-breaking fields in each and every event with a schedule made to cater to all types of bankrolls

The APT and Macau Billionaire Poker partnership will host its first event later this year. The APT Finale Championships Macau 2017 also takes place at the Casino Babylon and will run from 29 November to 9 December. Casino Babylon is operated by Macau Legend Development Ltd and runs on an SJM Holdings casino license. The APT Macau Championships 2018 will be the second of the two scheduled international events.

During the past years, Asian gamblers have shown a preference to play games like baccarat, mini-baccarat and rummy. Poker hasn’t been at the top of the list for Asian gamblers but in recent years the trend has changed and the younger generation has shown a lot of interest in
poker.

Some of the top brands including PokerStars and the Global Poker League have promoted poker heavily in Asia and kept a special focus on China. The GPL has launched regional leagues in China and India as it expects the next poker boom to happen in Asia. The APT will look to capitalize on poker’s growing popularity in Asia and expects a good turnout for its APT Macau Championships 2018.