Another Poker License from Nevada?

Another Poker License from Nevada? 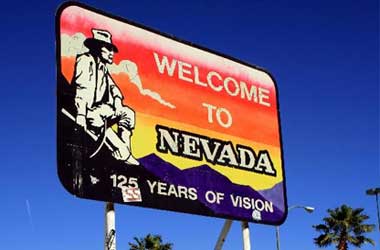 It is to be expected that the second online Poker site to be furnished with a full online gaming license from Nevada is to be the Caesars Interactive Entertainment company which has joined forces with the 888 Group.

Having already awarded their first online Poker site gaming license it will not be very long before the Nevada Gambling Commission finally confirm they are to be the second company to be awarded, what is seen as a license to print money by many observers in the industry!

Whilst decisions are still to be made on other companies who will be awarded such a license it is the actually launch date that are the key for many online poker players for once a site has a license this do not always necessarily means they are going to launch their online poker offerings straight away.

In fact this Caesars and 888 Poker tie up has spawned another partnership and this is with the World Series of Poker organisation and as such they will be using the popularity of this company famed for their many worldwide poker tournaments to further this soon to be legal online poker site.

Many online poker players living in American are waiting further developments for not only are Nevada all ready to roll in regards to churning out licenses to companies offering online poker games to people living or residing in their jurisdiction, but New Jersey Gambling Regulators are also doing a similar thing.

With the number of companies apply for these poker licenses growing almost by the week, the market place which was non-existent for years may suddenly be full of different poker sites all vying for customers!

The first company to win the race and be issued with a full Nevada granted online gaming license was the Ultimate Poker site and as such they can now legally provider real money poker games to anyone over the legal age limit to gamble in Nevada directly from their poker site.

Inter State Laws however means that people living in nearby States to Nevada are blocked from viewing and/or playing at any Nevada license poker site, however some States such as Delaware are looking to piggy back onto Nevada Licensed Poker site and as such they are hoping this will allow them to earn fees and taxes by allowing their citizens and residents to play at such sites granted a license elsewhere.