AJPC Looks To Become One Of The Biggest Poker Tours In 2018 March 28, 2018 Adrian Sterne https://top10pokersites.net 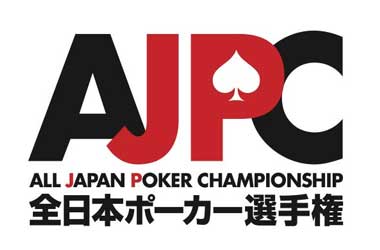 Poker has seen a great surge in popularity and that is largely because the Asian continent has taken a fancy for the game of poker.

China, India and Japan have not been very open to poker in times past as they preferred to play games such as baccarat and rummy which is very popular in Asian circles.

The growth of online poker and social media has helped transform the image of poker and today, a number of Asian countries have seen a surge in poker players.

The All Japan Poker Championship (AJPC) is looking to capitalize on this new found popularity by launching an Asian poker tour to spread the game of poker and build a strong market in a number of Asia countries.

The AJPC launched its inaugural poker tournament in South Korea. The AJPC ASIAN CIRCUIT KOREA ran from Dec 14 to 17 at the popular Paradise City casino resort in South Korea. There were a number of exciting events that ran during these five days including the Main Event and Super High Roller event which both had a buy-in that was equivalent to $1,000.

This was the very first tournament put together by AJPC and by all accounts it was a reasonable start. More than 300 poker players from Japan took part in the AJPC ASIAN CIRCUIT KOREA while a number of poker players from different parts of Asia also flew down. The Main Event was won by Toru Nakata who received a prize of $33,000. The AJPC has plans to turn its Asia Circuit into one of the biggest and most popular poker tours in Asia.

AJPC has said that it will run a number of poker tours in 2018 which will take place all across Asia. The locations, venues and dates for these tours is expected to be released shortly. AJPC is based out of Osaka, Japan and regularly hosts poker tournaments in Japan throughout the year. The goal of the company is to spread the game of poker throughout Japan and grow the poker market within the country.

AJPC has a strategy in 2018 to promote poker in Japan as well as throughout Asia. The company hosts the AJPC Championship in Japan on a yearly basis, which is a big hit with Japanese poker players and is considered one of the largest poker tournaments in the country.