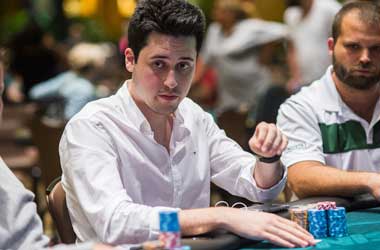 Spanish poker pro Adrian Mateos has been on a roll since the year started and he registered yet another win this month at the Winamax SISMIX tournament which took place at the Es Saadi Resort in Marrakech.

Mateos is ranked number one on Spain’s all-time money list with over $14 million in career prize money. One of the main reasons for him accumulating over $14 million in cashouts so early in his career is because he has shown a preference for playing high stakes events. He surprised everyone by joining the 6,000 MAD ($640) Winamax SISMIX Main Event.

Mateos who is now an ambassador for Winamax showed why he is considered one of the best players in the world as he won the Winamax SISMIX Main Event and took home 1,000,000 MAD ($106,849).

Mateos says that the secret to his successful run in recent years is his tireless and never-ending studying. He puts in hours and days studying theories and hands off-the- felt, and he translates all of these into his plays. He says that helping out his friends improve their games helps him study and improve his games, as well.

In a statement, Mateos said,

Mateos’ win was also big for Winamax as he is the third Winamax Team Pro to win the event, despite being the latest to join the team. Winamax Team Pro players Davidi Kitai and Bruno Lopes also took home the SISMIX Main Event in 2014 and 2016 respectively.

After this win, Mateos is now prepping to get back into playing high stake events. With the 2018 World Series of Poker (WSOP) and a handful of other tournaments happening in Las Vegas in the coming months, Mateos is very likely to increase his bankroll yet again.